So you want more than Google Play can deliver, and the Amazon Appstore leaves you cold. Russian Google competitor Yandex is here to help: they've just launched their own branded app store, creatively titled Yandex.Store. The APK is a freely-available download for any Android device, and after a standard account setup process, you've got access to an impressive selection of mainstream apps. Big titles like Angry Birds, ES File Explorer, SoundHound, Twitter and Opera Mobile are all sitting on the front page. Beneath that is a cache of apps 50,000 strong and growing. 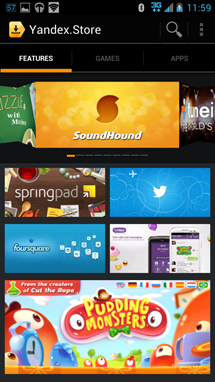 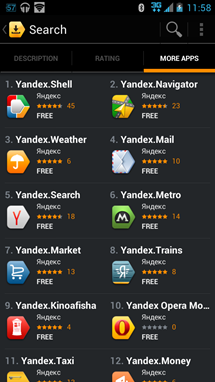 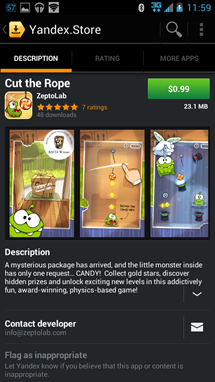 The vast majority of apps on display are free, but there are paid options as well, with support for credit card and cell phone bill payments from dozens of countries including the United States. The store app itself is no slouch, either: it's an appealing mix of the Holo standards in Google Play and the dark theme of the Amazon Appstore. Yandex has partnered with Opera to provide the backend and many of the current apps. All in all, you could do a lot worse, especially if you're using hardware that doesn't have access to official Google apps. Our Russian readers are probably already familiar with Yandex's suite of Android apps and services, including email, maps, navigation, weather, shopping, and quite a bit more. 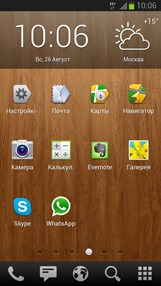 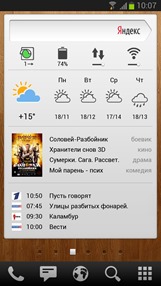 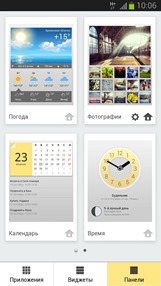 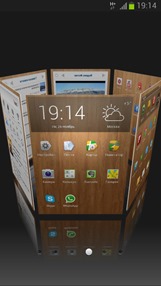 There's also been a major revision to Yandex's branded Android homescreen replacement, Yandex.Shell, available on the Google Play Store. Version 2.0 brings some whiz-bang 3D animation, as well as more useful features like the ability to hide apps from the drawer and resize the homescreen grid. It's a free download, but at present it's only available in Russia. The customizable launcher is targeted at smaller handset makers and regional carriers.