Pay-as-you-go Sprint subsidiary Boost Mobile would like you to know that they've got LTE service. It's okay if you didn't - it's not as if they had any phones that could take advantage of the speedier standard. But that should be rectified in just a couple of weeks, when the HTC One SV And the ZTE Force (officially the "Boost Force by ZTE," because American carriers like to push around smaller OEMs) become available for purchase. You can pick both of them up on March 7th for $299.99 and $199.99, respectively and without contract. Meanwhile, over at the other prepaid Sprint MVNO, Virgin is repackaging the Samsung Galaxy Victory 4G LTE for $299.99. 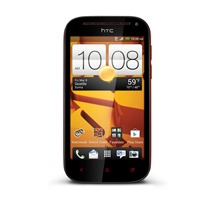 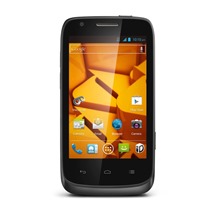 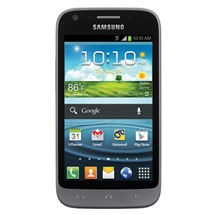 The One SV is a familiar beast, since it's been hanging out over on Cricket for the last couple of months. Three hundred bones gets you a 4.3-inch 800x480 LCD, a 1.2Ghz dual-core Snapdragon S4 processor, 1GB of memory and 8GB of microSD-expandable storage, and a 5 megapixel rear camera with a 1.6MP front shooter. It also comes with HTC's ubiquitous Sense UI, NFC, and Beats audio. At 9.2mm it's appreciably slim, which might help ease the sting of a non-removable 1800mAh battery and Android 4.0. On Boost, you can have the One SV in any color you want, so long as you want red.

Boost is being pretty coy with the Force's specifications. The screen is 4.0 inches, but we don't know what resolution, the processor is 1.5Ghz and dual-core, but we don't know what chipset, and there's no word on RAM or storage, expandable or otherwise. They were careful to mention a 5MP/1MP camera setup, though. Not too bad for a $200 prepaid phone, especially since the Ice Cream Sandwich software appears to be close to stock.

The Samsung Galaxy Victory 4G LTE has already been hanging out on Sprint's main lineup. Virgin Mobile will use the budget handset as their first LTE phone, and it's available starting today. Three hundred dollars gets you a 4-inch WVGA screen, a 1.2Ghz dual-core Snapdragon processor, 4GB of expandable storage, and (a nice surprise) Android 4.1, fresh off the presses.

Sprint Newsroom: HTC One SV and Boost Force by ZTE