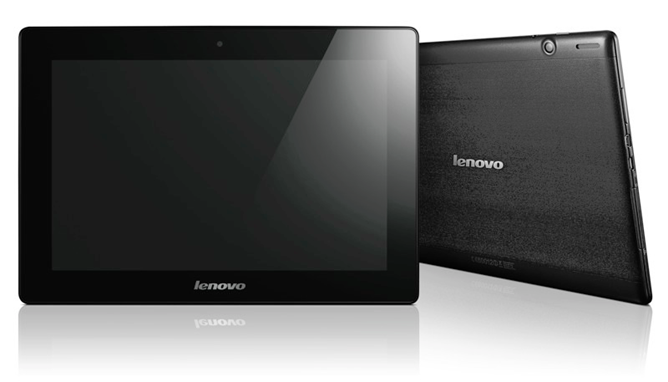 The company is touting the S6000 as its "home entertainment center." That's a pretty big title to live up to for something like a tablet, and honestly, it's almost there. Almost. There's one huge exception: the display. And it's hard to be a breakout "entertainment" device with a subpar display.

The S6000 features a 10.1-inch 1280x800 IPS display, 1.2GHz MTK 8389/8125 quad-core processor, HSPA+ connectivity (alongside Wi-Fi and Bluetooth, of course). It's fairly thin and light, measuring only 8.6mm thick and tipping the scale at a meager 560g. As expected from these sorts of announcements, the company didn't share other specs, so we don't yet know how much RAM is in the unit or what version of Android it's running. You know, some of the important stuff.

Honestly, the S6000 could have been a great tablet – 1280x800 is just too small for modern tablets above seven inches. Couple that with a couple of gigs of RAM and a low price point, and this could've been a great little gadget. Alas, it is what it is. 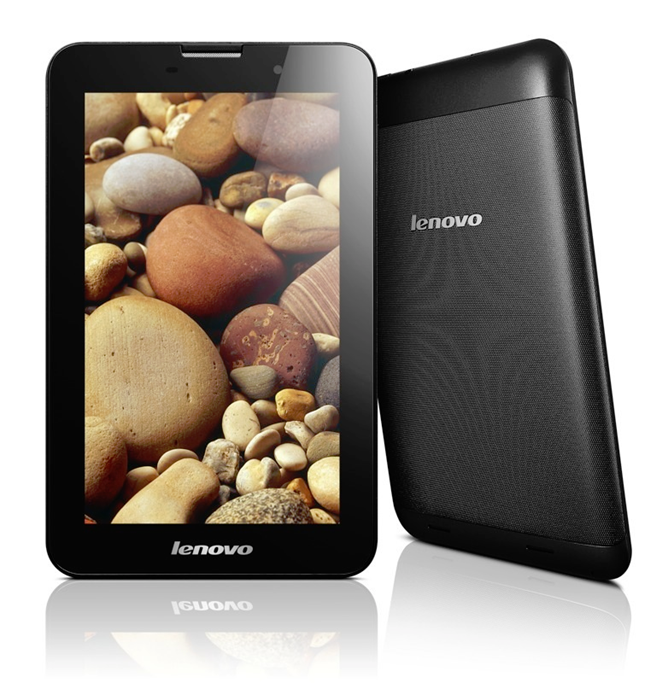 And then there's the A3000, Lenovo's "full performance in a compact package" device. Once again, Lenovo went with a low-res display on a device that could've been better with one small spec bump: 7-inch 1024x600 display, 1.2GHz MTK quad-core processor, and microSD card slot. At 11mm, this one's actually a bit thicker than the S6000, but it's only 340g, so at least it's lighter. Otherwise, Lenovo left us playing the guessing game on the remaining specs. 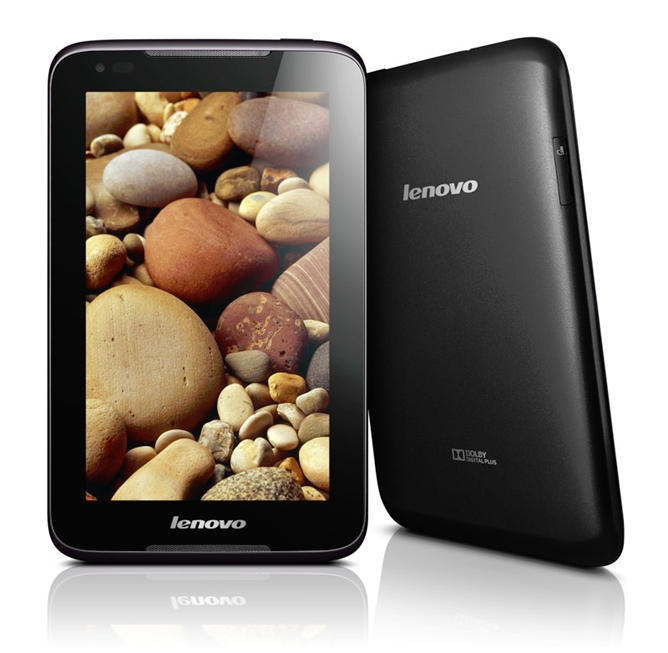 You can probably already see where this is going, so I'll just get to it. The A1000 holds the "pocket studio with Dolby" title, and is the weakest of the three. Like its slightly more powerful brother, it also has a seven-inch display, though Lenovo left the resolution out of the spec sheet on this one. Probably safe to assume it's 1024x600, because it's hard to imagine a company putting a higher-res display in its lower-end tablet.

Otherwise, it packs a 1.2GHz MTK dual-core processor and Dolby Digital Plus with a set of front-facing speakers. It comes with 16GB of on-board storage, but also has a microSD card slot for future expansion. Woo.

This trio is set to go on sale sometime in Q2 2013, and is said to be "priced to ensure maximum accessibility to a premium user experience for all customer." Awesome.

The range starts with two new A-series tablets, seven-inch devices, designed for optimal mobility while still packing a performance punch. The A1000 is ideal for first-time tablet buyers and features enhanced audio, while the A3000 offers quad-core processing for speedy performance whether for gaming or web-browsing. Alongside these models, Lenovo also announced the new 10-inch S6000, which offers extended I/O options, a large, vibrant screen and a super-slim profile that looks sophisticated and elegant, whether the user is web-surfing in the coffee shop or enjoying movies and games at home.

“Lenovo’s latest Android tablet family is designed to meet the demands of a wide range of customers, particularly young, active users who are always on the go, and have adopted the seven-inch form factor as their own. With these latest additions to our tablet portfolio, we’ve created devices that address these customers’ needs, as well as devices for more demanding gamers and multimedia users,” said Chen Wenhui, vice president Lenovo and GM Mobile BU, “We believe that our Android family of tablets will appeal to customers across the world as we’ve built our products to be highly accessible and flexible to serve multiple needs and budgets.”

As tablets have continued their march into the mainstream, increasing demands with regards to larger screen devices have raised the bar for tablet makers. Lenovo has responded with the S6000, a sleek and powerful option for customers looking for a device that switches seamlessly from entertainment to social media and beyond. Powered by the MTK 8389/8125 1.2 GHz quad-core processor, the S6000 shines as a multimedia and gaming tablet fronted by a 10.1-inch IPS 1280X800 display with a wide, 178-degree viewing angle, micro HDMI port and digital microphone. The S6000 also offers a number of additions to optimize its performance as a connectivity tool for social networkers including optional HSPA+ and a substantial battery that allows for more than 8 hours of continuous WiFi web browsing. Even with these specifications though, the S6000 does not lose track of style and convenience; it is all tied together in a super slim (8.6mm) and light (560g) frame that feels good and helps users look good.

A3000, Full Performance in a Compact Package

In today’s connected world, devices must be mobile, without skimping on performance. The A3000 bristles with specifications typically found in a much larger device, all packed into a seven-inch form factor that is thin and light. Powered by a 1.2GHz quad-core, MTK processor, the A3000 optimizes the user experience for games, video, photo-sharing and web-browsing, offering seamlessly fluid navigation and highly responsive performance. The benefits of the seven-inch form factor are not ignored on the A3000 either. The tablet, which sports an IPS 1024x600 screen, weighs in at less than 340g and is only 11mm thick, but can still hold a wealth of content with an extensive memory, which can be extended to 64GB with the external micro-SD card. Optional 3G HSPA+ support ensures users stay connected on the go with Lenovo’s ultra-portable tablet.

The A1000 delivers an audio experience normally reserved for more expensive tablets in a seven-inch device. With Dolby Digital Plus integrated into the device and large, front-facing speakers that ensure the sound is directed at the users’ ears rather than the floor, the A1000 is perfect for music lovers and those seeking a “pocket studio” for either music or movies. The A1000 runs Android Jelly Bean 4.1 on a 1.2GHz dual-core processor and has on-board storage of up to 16GB, extendable to 32GB with a micro-SD slot, so users can load content up and take it to the gym, the office or anywhere else they want to experience high-quality sights and sounds. It also comes in either black or white, allowing users to customize their Lenovo pocket studio to their lifestyle.

All the new Android tablets come with Lenovo Mobile Access, a unique service that allows users to connect instantly “out of the box”. When customers first power up their Lenovo device, they will see an icon indicating Lenovo as their access provider. Without having to set up a special data plan, they can immediately start browsing web pages, accessing their email and sharing content with friends using HSPA+ 3G access or through WiFi according to their specific configuration. When the initial Lenovo Mobile Access service expires users will be prompted with the option to easily renew their plan or select an alternative service.

The newest Android tablets will be available worldwide from Q2, 2013. Although pricing varies according to market, configuration and model, each tablet in the range is competitively priced to ensure maximum accessibility to a premium user experience for all customers.