When we first caught a leaked glimpse of the Optimus G Pro in 5.5" form, Note II comparisons were immediately drawn - the G Pro really is the Note's not-so-long-lost brother.

This morning, at LG's booth at MWC in Barcelona, we got some hands-on time with LG's latest and largest handset, and overall, it impresses. The Optimus G Pro is running Android 4.1.2, and it's by far the quickest non-Samsung handset I've ever used. I'm guessing LG has begun implementing some Project Butter optimizations into its UI layer (they have to be manually added by the OEM - they don't just 'happen'), because this thing is stupid quick. 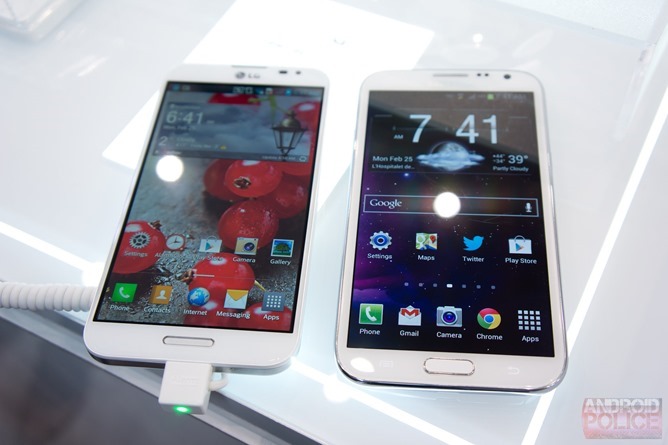 As far as the hardware, I'm on the fence. On the one hand, the G Pro feels very solid (like the Optimus G), but it also seems quite heavy and thick compared to the Note II. The back of the phone has the same patterning as the Nexus 4, in white, though it doesn't have the same clean look of that phone - the texture on the G Pro looks ostentatious, and just kind of aesthetically unnecessary. It really screams "tiled bathroom" to me. 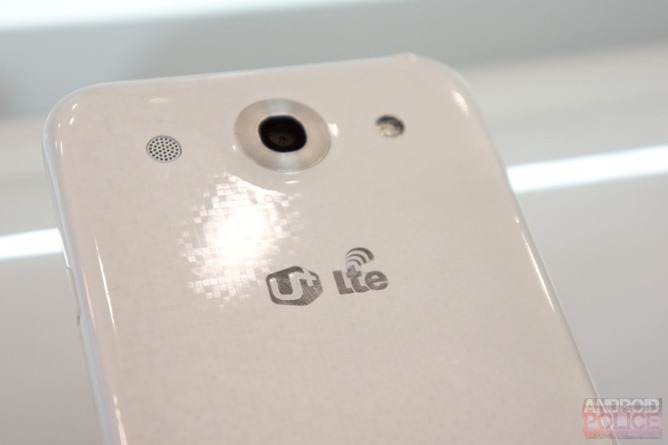 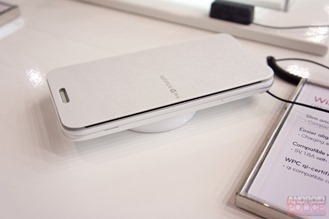 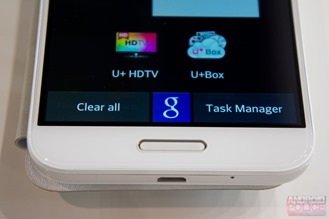 The physical home button looks a bit too small in most photos I've seen, but it's actually ever-so-slightly raised above the chassis, making it fairly easy to depress. It also glows green (and presumably red) around the edges when you're charging the phone, which is kind of cool. The Optimus G Pro (and most of LG's new phones) also has a rather confusingly-placed memo button of sorts (it brings up LG's take on Samsung's S-Memo), which was also present on the Vu. There's also a kind of neat circular Qi charger you can use with it. 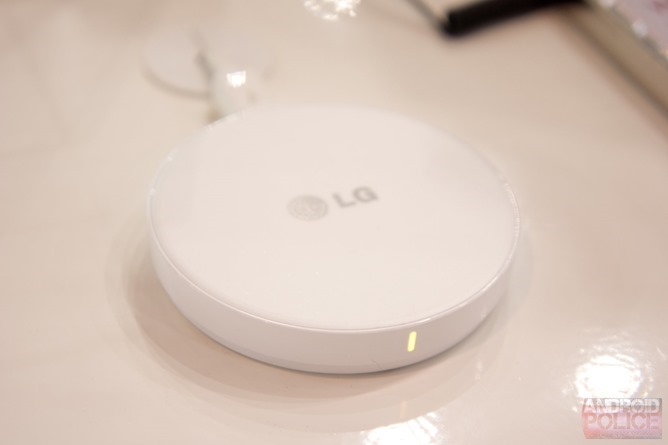 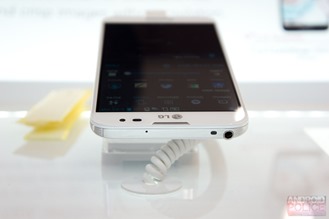 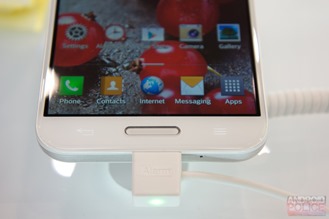 As a refresher, the G Pro is powered by a 1.7GHz quad-core Snapdragon 600 processor, and its 5.5" IPS LCD display is one of the largest 1080p panels we've seen to date (though Pantech holds the crown). LG's managed to stuff a 3140mAh battery and 2GB of RAM in there as well. Compared to the company's first phablet effort, the Optimus Vu, the G Pro feels vastly more refined. This could definitely be a viable competitor to the Note II - at least until the Note III is unveiled.

Check out our hands-on video below for more - international pricing and release information have not yet been announced for the G Pro, though the device has already been launched in LG's home market of Korea.