We'll start with the Phoenix reference phone, because there isn't much to say. The phone is in a very early state, and the non-working samples we were allowed to hold (the powered on device was eyes-only) felt like engineering samples... because they are. It's really not worth getting into much about Phoenix, since it's something consumers won't see - the platform will end up as more refined derivations from various OEMs. If you want the skinny on what is inside Phoenix, check out our Tegra 4i announcement post.

What we saw of Phoenix, basically, was a demo of Real Boxing, and it ran pretty smoothly. Tegra 4i is using a slightly toned-down version of Tegra 4's GPU, so we'd expect nothing less.

Of more interest to you, perhaps, were the benchmarks we were allowed to take using NVIDIA's Tegra 4 tablet reference platform. 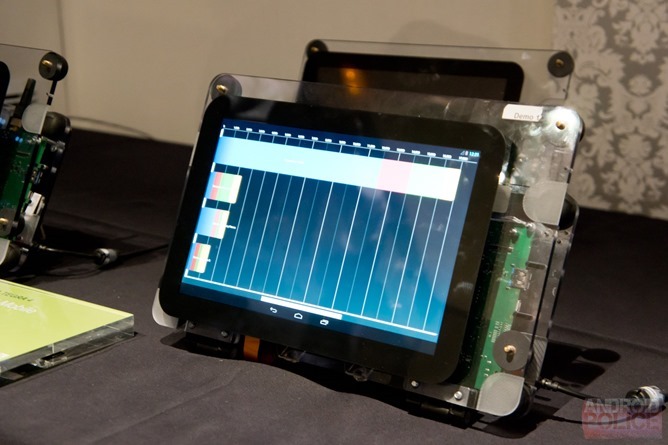 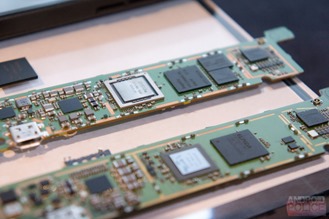 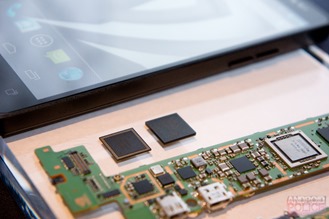 The results were what you would hope for: pretty amazing. While I'm not exactly convinced about the ability of benchmark results to translate very well in real-world use scenarios, there's no denying that what we saw Tegra 4 do in said benchmarks was impressive. Recently, HTC's new Snapdragon 600-powered One phone was benchmarked in popular suites like Quadrant and AnTuTu. Tegra 4 blew away the 600 in both of them. We ran Quadrant, AnTuTu, Vellamo (HTML5), and SunSpider. Here are the results. 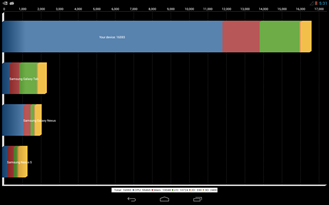 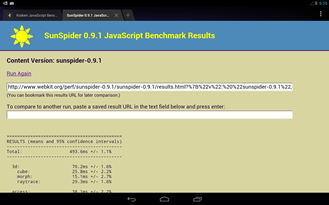 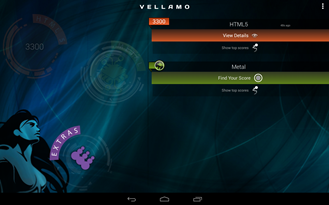 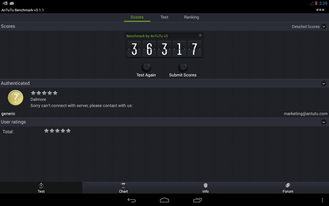 We don't have any side-by-side comparisons here (well, any of value), but for reference, here's how HTC's One phone scored in three of the above benchmarks, versus Tegra 4.

So, there you have it. We also saw a slide about Tegra 4's power consumption compared to the HTC DROID DNA, which uses a Qualcomm APQ8064 quad-core chip. 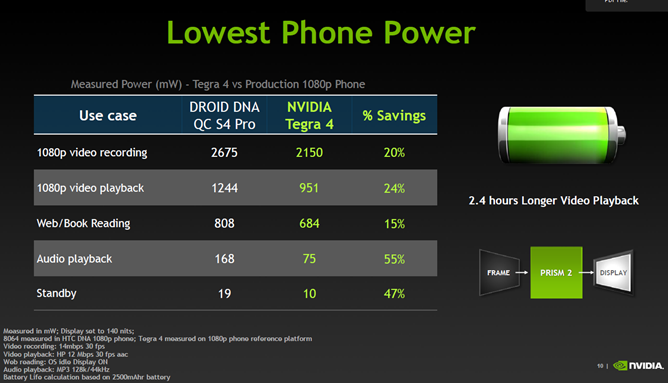 As you can see NVIDIA's numbers (mW) are smaller than Qualcomm's, and that's better! We didn't really hear any other new information, though NVIDIA has promised more demonstrations of Tegra 4's new features on the MWC show floor, starting tomorrow.