One of the most common questions newcomers to Android have is do I really need an antivirus? While there are varying answers to this question depending on who you ask, it's hard to deny the demand for such apps. Of course, most AVs have other, far more useful features than just the AV scan – like anti-theft, device location features, and more. For that reason alone, I always have one installed on all my devices.

If you've never used an antivirus on your device before, there's a huge question that needs an answer before you install one: which is the best? Of course, it's hard to give a definitive answer to that question, but AV-test.org has done the legwork comparing 22 different AV apps for Android, using basic metrics in categories for both virus detection and usability. 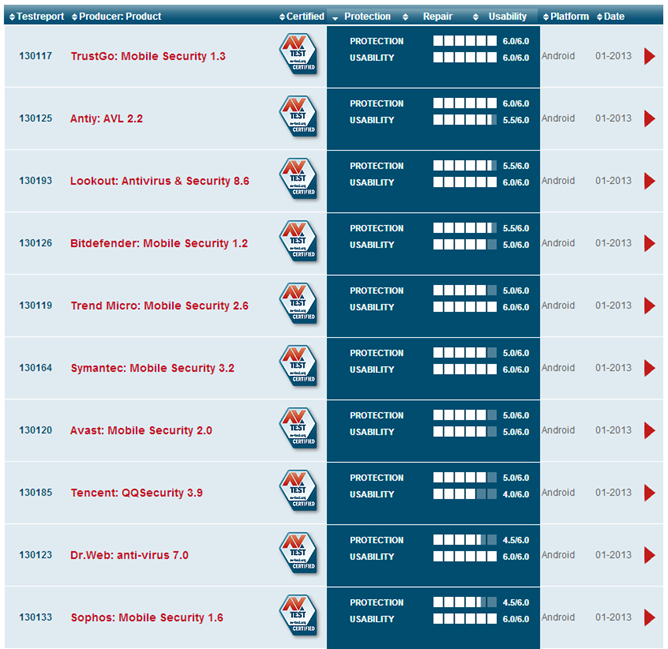 While "protection" is pretty cut-and-dry, what exactly does the company test in the "usability" category? Basic things like the app's effects on battery life, whether or not it takes a hit on the system during "normal use," how much web traffic it generates, and the number of false positives it flags during installation of legitimate software. 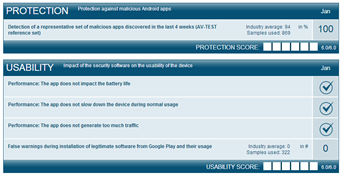 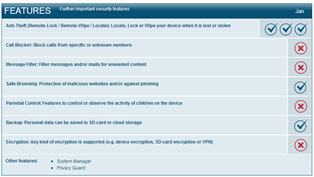 Each comparison also lists the features of each app. Does it have a call blocker? How about a message filter, safe browsing, or parental controls? Does it offer a backup system or encryption? Is anti-theft part of the package? No need to dig through apps in the Play Store to find those answers – they're all laid out very clearly on AV-test's results page.

Ultimately, Android AVs are a part of life on the platform. Whether or not you elect to have one installed based purely on its malware detection is entirely up to you – but it's at least worth considering the value of other aspects of each app. Simply put, AV-test makes that part easy to parse. Is it a definitive guide? Not really, but it's an excellent place to start looking for a good AV app, or to see how the one you're currently using compares to the competition. While these tests were conducted in January of 2013, the company has already stated it will do another round of testing (presumably with different apps) in March, and publish the results in April; so don't sweat it if you don't see your favorite in the list right now.

Hit the link below to check out the full comparison.

[New Game] Kairosoft's Pocket Stables Lets You Try Your Hand At The Horseracing World, No ...

Qualcomm Announces The RF360, A 40-Band LTE Radio That Plays Nice With All The Networks