Republic Wireless just announced a new offer for those who have been considering the switch, but aren't willing to spend $250 for a Motorola Defy XT. Beginning today, the company has two options: buy the Defy XT for the existing price and pay $19 a month for service, or pay $99 for the phone and $29 monthly for the plan. Unlike traditional carriers that subsidize the prices of phones and lock you into a contract, however, there is no contract with Republic. Basically, it's going out on a limb and putting its good faith in you with this deal – and that's really saying something. 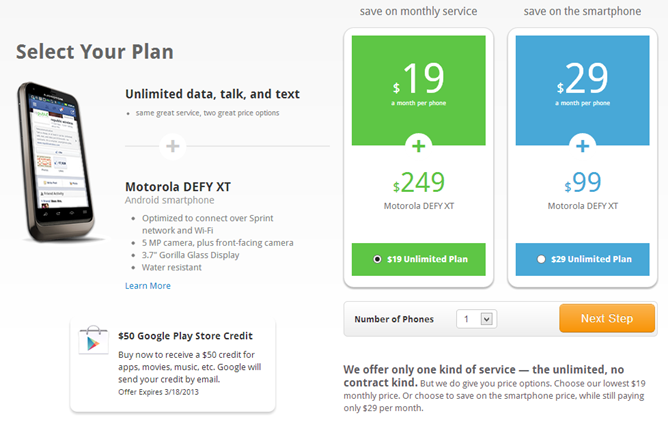 According to the blog post announcing this new offering, Republic wants to cater to people who want to switch to the service, but can't justify the transition because of the $250 phone price. Of course, the monthly cost is a bit higher than the company's "traditional" plan, but at $30 a month for unlimited everything, it's still hard not to justify at least considering a switch.

On top of that, if you decide to buy before March 18, Republic will send you a $50 Play Store giftcard. That's pretty awesome in and of itself.

For the full skinny on this new deal, why the company chose to offer a more "mainstream" option, and what to do if you're a member who recently signed up with Republic and want to net some savings, head right here.

Globulous Is Three Measures Of Mahjong, One of Bejeweled, Half Measure Of Tetris, Shaken Over A ...