Today is national app update day. Not officially, but it sure feels like it. We've already seen updates to high-profile apps like Google Drive and Any.DO, but Beautiful Widgets may have set the bar for excellent updates on February 20th, 2013. The day's not over yet, but this one's a doozie.

So, what sorts of newness does it bring? Lots. Lots of sorts of newness. Like the option to select Weather Underground (wunderground) as your default weather service. You can also get rid of geolocation and set your location manually, if you so choose. 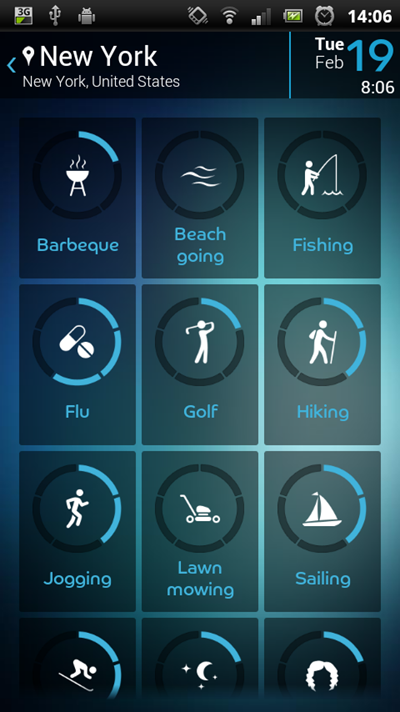 There's also a new feature called "Lifestyles" on the forecast screen – this lets you plan your activities around the weather. Because no one wants to play volleyball in the snow.

But that's not all! New widgets are a thing in this build, too. Specifically, new widgets just for tablets, like the "barebones" option shown below. That doesn't mean phone users didn't get any love, though – the 4x1 format now has more options. We love you too, LevelUp!

One more thing: the beta channel. Everyone loves beta stuff (OK, not really – but some people do), so now you can see what LevelUp's cooking while in between updates. All good stuff, no? Head below to get it.

PushBullet Updated To Version 9 With DashClock Support And More

TestFlight, Having Served Over 300,000 Apps, Announces Private Beta For Android