Our own Ron Amadeo is live at HTC's New York press event right now, where the company has just unveiled its new flagship smartphone: the HTC One. 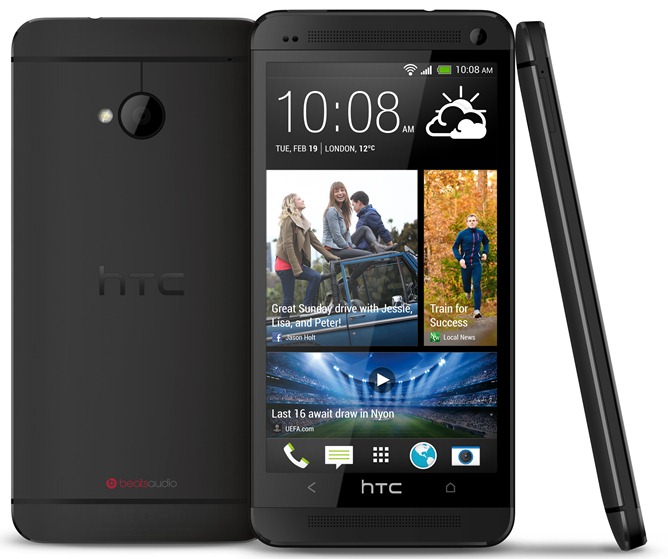 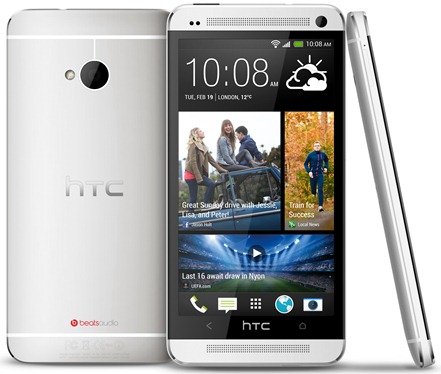 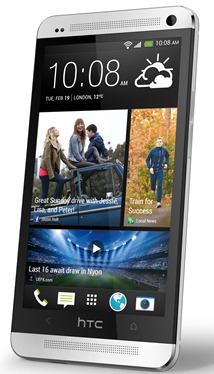 The One is sporting a brand-new 4.7" 1080p LCD display, wrapped in an all-aluminum unibody housing that, I have to say, is genuinely striking - no other phone looks like this thing. HTC claims the antennas are integrated into the gapless chassis, so one has to wonder about the effect that'll have on signal.

Sense 5.0 is included as well, the highlight of which is a vertically scrolling tile interface called 'BlinkFeed' on the main homescreen. HTC appears to be deliberately obfuscating the version of Android the One is running, as neither the official press release, spec sheet, or announcement event have divulged that information. We're guessing Android 4.1.2, but obviously, we can't say that with any kind of certainty.

The One is powered by a Snapdragon 600 quad-core processor at 1.7GHz, with 2GB of RAM, 32GB of storage in the base model (a 64GB model is planned as well), a 2300mAh battery, and LTE connectivity. Oh, and there's an IR blaster in there, too.

HTC is making a lot of marketing bread out of the One's Ultrapixel image sensor, which allows the One's camera to take images with 'enlarged' pixels capable of absorbing around three times more light than those in other 8MP smartphone cameras. The upshot of more light, obviously, is better low-light performance. The downside is that because the pixels are so large, the maximum resolution of images taken with the One will be 4MP. The One also has optical image stabilization on both the front and rear cameras.

The front stereo speakers - which HTC calls 'BoomSound' - have the largest resonance chambers of any smartphone speaker, meaning they should sound markedly less awful than your average smartphone speaker. HTC claims microphones on the new One phone will provide a leap in noise-cancelling quality, as well, promising that you'll be able to hold a phone conversation in even the loudest of environments. The One is packing a new headphone amplifier as well, which should make your beats sound more meaty.

HTC has deals with 185 carriers worldwide to distribute the One, including Sprint, T-Mobile, and AT&T in the US. The One will be available in some markets starting in March.

INTRODUCING THE NEW HTC ONE®, A NEW PERSPECTIVE ON SMARTPHONES

“People today immerse themselves in a constant stream of updates, news and information. Although smartphones are one of the main ways we stay in touch with the people and information we care about, conventional designs have failed to keep pace with how people are actually using them,” said Peter Chou, CEO of HTC Corporation. “A new, exciting approach to the smartphone is needed and with the new HTC One, we have re-imagined the mobile experience from the ground up to reflect this new reality.”

HTC BlinkFeed: A personal live stream right on the home screen
At the centre of the new HTC One experience is HTC BlinkFeed. HTC BlinkFeed is a bold new experience that transforms the home screen into a single live stream of personally relevant information such as social updates, entertainment and lifestyle updates, news and photos with immersive images so that people no longer need to go to separate applications to find out what’s happening.  HTC BlinkFeed aggregates the freshest content from the most relevant and interesting sources, giving it to people at a glance, all in one place, without the need to jump between multiple applications and web sites.

To enable this new dynamic approach to the smartphone, HTC will provide both local and global content from more than 1,400 media sources with more than 10,000 articles per day from some of the most innovative media companies, such as the AOL family of media properties, ESPN, MTV, Vice Media, CoolHunting, Reuters and many others. For more information on HTC BlinkFeed’s content partners, visit the HTC Blog.

The breakthrough HTC UltraPixel Camera redefines how people capture, relive and share their most precious moments.HTC Zoe gives people the ability to shoot high-res photos that come to life in three-second snippets.  These Zoes, photos and videos are then displayed in a unique way that brings the gallery to life and transforms the traditional photo gallery of still images into a motion gallery of memories.  It also automatically creates integrated highlight films from each event comprised of Zoes, photos and videos set to music with professionally designed cuts, transitions and effects. These highlight videos can be remixed or set to different themes, and can be easily shared on social networks, email and other services.

To enable this innovative camera experience, HTC developed a custom camera that includes a best-in-class f/2.0 aperture lens and a breakthrough sensor with UltraPixels that gather 300 percent more light than traditional smartphone camera sensors.  This new approach also delivers astounding low-light performance and a variety of other improvements to photos and videos. In addition, the perfect self-portrait or video is just a tap away with an ultra-wide angle front-facing camera which supports 1080p video capture. Multi-axis optical image stabilisation for the rear camera also helps ensure video footage smoother whether stationary or on the move. HTC UltraPixel camera adds many other features and effects such as enhanced 360' panorama, time sequencing and object removal.

The new HTC One offers the best audio experience of any mobile phone available today. HTC BoomSound introduces for the first time on a phone, front-facing stereo speakers with a dedicated amplifier and an amazing full HD display that immerses people in music, videos, games and the YouTube™ clips they love. Beats Audio™  integration is enabled across the entire experience for rich, authentic sound whether you’re listening to your favorite music, watching a YouTube video or playing a game.

HDR recording uses advanced dual microphones and audio processing to capture clean, rich sound that is worthy of high-definition video footage.  Phone calls sound great on HTC One thanks to the addition of HTC Sense Voice™, which boosts the call volume and quality in noisy environments so that conversations come through loud and clear.

HTC Sense TV transforms the new HTC One into an interactive program guide and remote control for most TVs, set-top boxes and receivers. Tapping the power of the cloud, Sense TV makes it simple and intuitive to see what’s on and find that favourite show.

Global Availability
The new HTC One will be available globally through more than 185 mobile operators and major retailers in more than 80 regions and countries beginning in March. For more information and to pre-register for the new HTC One, visit www.htc.com.

HTC Activates Sign-Up Page For HTC One Trade-In Program: $100 Or The Value Of Your Phone