Since my introduction to Android (a la Nexus One), I've owned three HTC devices. I've reviewed probably a half-dozen others. I liked some of them, and I disliked others. But generally, I consider myself an HTC fan, especially since the One X.

The new One phone sounds brilliant. Ron's early impressions are promising. The initial response at large seems to be that HTC is finally being bold in a way that's causing people to take notice, by taking risks.

And have no doubt - HTC's biggest bets with the One phone are seriously risky. Particularly, convincing consumers that they want a 4 megapixel camera, and to ditch their traditional icon-laden homescreens for a Flipboard-meets-Windows-Live-Tiles information feed. The problem is that, in my mind, these bets may end up as 'too little, too late' in the markets HTC needs to tear from Samsung and Apple's grasp.

A year ago, there was still a real battle to fight

Imagine it's late February - in 2012. The Galaxy S III is just a rumory twinkle in the collective eyes of the tech world, and we're on the brink of HTC's launch of the original One series at MWC. And when it launched, if you'll recall, the One series was already enthusiastically billed as HTC's 'comeback' moment, with a less-bloated, more streamlined version of Sense, an amazing camera, authentic sound, and... wait, which phone's marketing points are we talking about again? I forgot - because they're exactly the same.

While HTC was already on the fast track to dropping market share in 2012 thanks to Samsung, the battle didn't seem quite so over as it does now. The One series was HTC's chance to take Samsung down a peg, not by just doing something better, but by doing something different. The One X remains, I think, one of the prettiest phones ever built. And while I'd argue that the Galaxy S III was a faster phone with more features and functionality, the One X was a very competitive piece of hardware. But it was far from revolutionary, and it really didn't try to change the game. 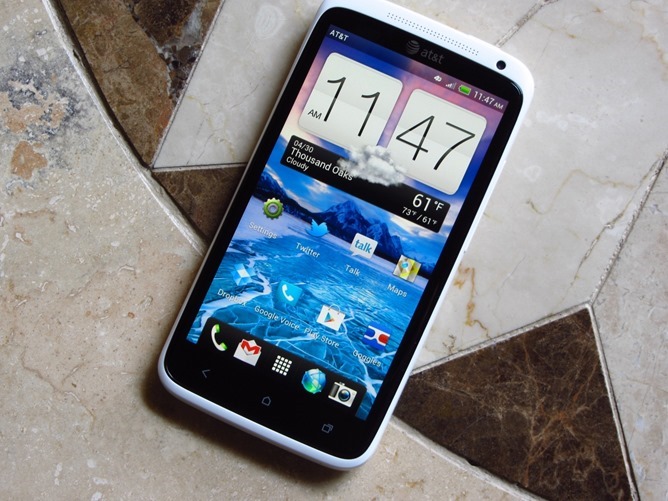 The whole One series did - HTC's market share continued to plummet worldwide, and profits began falling. Peter Chou, CEO of HTC, claims it was because of bad marketing. That was probably a big part of it. In the US, HTC does basically zero advertising on its own, leaving that to its carrier partners. That's how Verizon and Sprint get away with the 'EVO' and 'DROID' brands - they foot the ad bill and provide premium retail placement in exchange for bespoke hardware. AT&T does something similar through device exclusives (see every Sony Android phone in the US ever except the Xperia Play).

HTC's strategy was really to let the One series speak for itself, and on the eve of the single largest marketing barrage for a smartphone that wasn't an iPhone to date, that turned out to be an extraordinarily bad call. HTC was buried under a galaxy of Samsung billboards, commercials, print ads, and media attention.

And with that push, Samsung reached a milestone no Android OEM had before: mainstream recognition. There is no doubt at this point that the Galaxy S IV is the world's most anticipated smartphone not designed in Cupertino. There's also no doubt that the HTC One wasn't.

According to comScore, HTC slid to 10.2% of the smartphone market in the US in Q42012, a number that has fallen every quarter for the last year plus. Chitika places them at a mere 5% of mobile web traffic. IDC figures put HTC below Samsung, Apple, Huawei, ZTE, and Sony in terms of worldwide device shipments - positioning them at less than 4.3% of handsets sold. 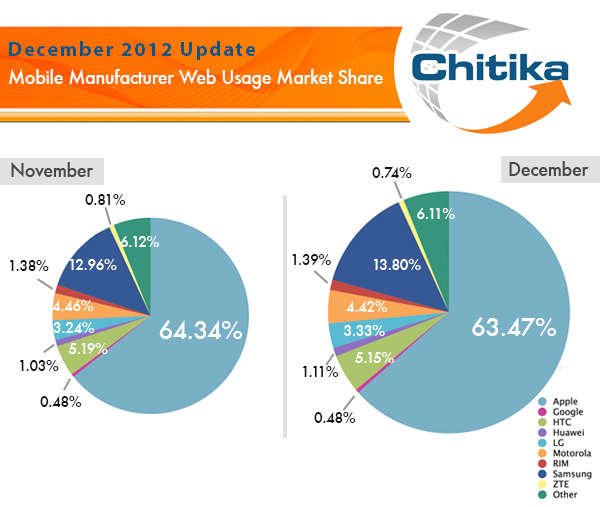 The amount of smartphone market share up for grabs is quickly shrinking - there is an ever-smaller slice for other OEMs to fight for as Samsung and Apple account for more and more sales. And unlike Samsung or Apple, HTC is not a wealthy international supergiant with a marketing budget to match - they're a white label manufacturer gone brand-name, trying to emerge as a recognizable mark in an increasingly cutthroat market.

What's worse is that there isn't any real reason to think this trend will be bucked any time soon. The Galaxy S IV will almost certainly be the most popular Android phone to date, and sliding stock aside, Apple's next iPhone isn't likely to be a surprise failure. Meanwhile, Google's unlocked Nexus value proposition actually seems to be gaining some traction, while Sony and LG are pushing with all their might to become relevant players in the smartphone space.

The fact is, there are powerful forces at work here, and all of them want to control the "Not Samsung" piece of the Android pie. LG, Google (and by relation, Motorola), and Sony all enjoy greater brand recognition and financial resources than HTC. They're the players that can afford to lose before they win - HTC can't. HTC needs to win right now, or it will be doomed to die a slow death in the "Other" sections of these charts.

I'm not saying HTC has no chance with the One. It could be a return to success for the company. With the right marketing (read: good and pervasive), wide critical praise, and a preemptive availability strike, HTC might be the underdog to root for this year. But as the One X made clear, success isn't always about building a great product. It's about building a great product, telling everyone about it (and why it's great, and different), and getting it on the right shelves at the right time.

Clearly, this is HTC's strategy: it's releasing the One before Samsung will have the S IV on sale, on more carriers than ever before (minus Verizon in the US, which is a concern), and has made it clear that marketing is a real priority. The pieces are in place. The HTC One may also be a legitimately great phone. I actually kind of expect it to be - it's an intriguing design, and it looks like HTC has done some legitimate innovating this time around. I'm very excited to try it out. But I'm afraid that this is the kind of breakout innovation HTC needed last year - before the Samsung marketing machine unleashed its Galaxy S III blitzkrieg on the world.

Let me put it this way: HTC's real problem isn't in getting people like you or me to geek out on ultrapixels or dual front-facing speakers. Even if those things are great, they don't do much good if you can't convince the average person that they want them - success is far from guaranteed. And for HTC, the chance of that success seems to decrease on a quarterly basis. Let's hope Mr. Chou is ready to bet the company on his product - he may need to, if HTC is to remain a company worth betting.