To the game's credit, it's completely up front about what it is: "This retro platform game pays tribute to, and parodies, classics such as Super Mario Bros., CastleVania and Mega Man, in style!" It doesn't try to hide behind feigned originality. It knows exactly what it's trying to be: A throwback to NES-era platformers with a metal soundtrack. That's a little difficult to argue with. Even if the image of a pink-haired Mario-esque figure with skin is freaking me out.

The game is $2.49 on the Play Store right now and there are no in-app purchases or ads to speak of. There are, however, requisite nightmares as that horrifying green eye stares deeply into your soul. 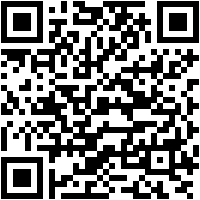