As someone with approximately 1600 gadgets laying around the house at all times, I constantly have charging cables everywhere. On the floor. On the desk. On my nightstand. In the kitchen, living room, and even the car. You get the idea. For the longest time, I have used the binder clip trick to manage the flurry of chargers on my desk. But now, UDS – the creators of Capta and Vavo – have a better solution: Snable.

The company was cool enough to send me a couple of pre-production samples made with a 3D printer, so this is the first time that we've actually gotten to spend some hands-on time with a Kickstarter project before it even started funding. 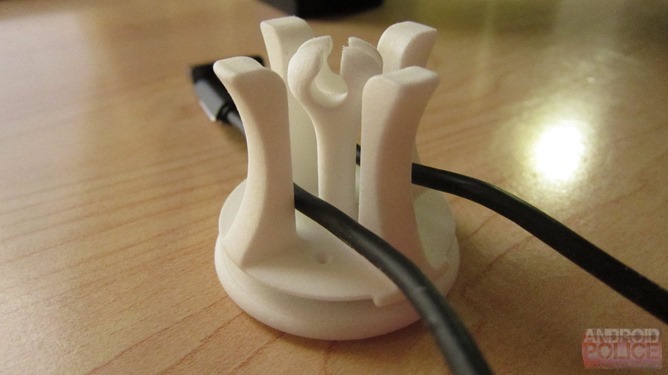 As you can see in the video above, Snable is extremely well thought-out. It features several different channels for cables to be routed, all of which can be used at the same time. So, in theory, you could manage seven (or more) cables at once with this one little gadget. It has a re-usable adhesive pad on the bottom (much like the pad on UDS' other products), so it will stick basically wherever you put it. If that's not a practical solution, or you need it in the same place all the time, it also features two screw holes so it can be mounted to a desk, wall, or anywhere else. It's really great. 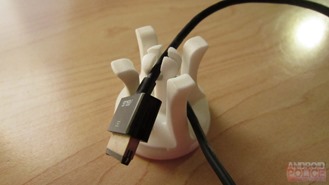 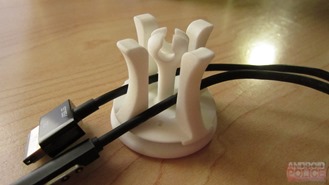 Like I said, I've been using Snable for the past few days to manage various cables across my desk, and it works very, very well. This is, of course, a pre-production model of the unit, and the final version will be even more polished (though I'm not sure how much better it can get, honestly).

Speaking of the final version – this is where UDS needs your help. Like its other projects, this one's going through Kickstarter to get its funding. The company is trying to raise a total of $16,850; if you get in on the pledging action early, you can score three Snables for $12. The retail cost of the little gadgets will be $12.99 for two, so it's essentially like getting one for free. Once that package has 260 backers, however, it goes away. The other option is $15 for three Snables – which is still a great deal – but pledging sooner will net you a couple extra bucks. 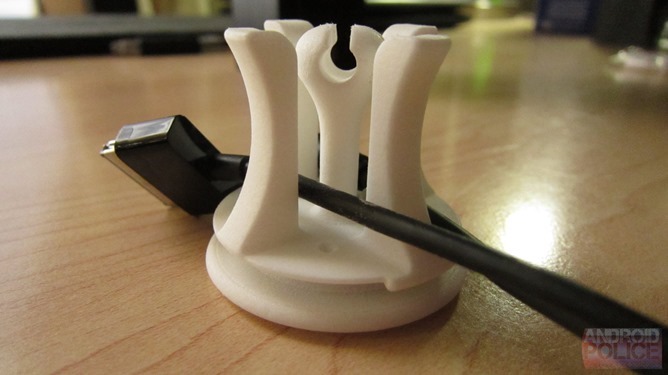 If you're ready to commit and help UDS reach its goal, hit the link to make it happen.

[New Game] Hexen GLES Brings The Classic Shooter To Android, But Bring Your Own Game Files