As promised, Pixowl has launched their iOS hit The Sandbox on the Play Store. It's a free download for anything running Android 2.3 or later. Not to be confused with the open world sandbox genre (Grand Theft Auto and the like), this game is an almost literal sandbox. You're an apprentice deity, with the goal of combining elements into different pixelated constructions. Then go Old Testament and blow it up. Anyone who's ever built a domino tower just to knock it down will understand the appeal here.

While the construction and combination elements are fun, there's also reason to temper your excitement. The basics of the game can be played for free, but in-app purchases have reared their ugly heads once again. You'll have to pay between $1 and $3 to unlock new chapters of the main game, and even more money to get access to all the elements. Suddenly a free game costs $15 to get access to all of the content within. Some of the more interesting parts of the iOS game, like the instrument creation, are now behind the pay wall.

Even so, it's not as if you can't play with the tools that the game gives you from the outset, and there's no at least the in-app purchases use the Play Store. Go have fun with a celestial Etch-A-Sketch, and remember to rest on the seventh day.

Update: Developer Pixowl informed us via Twitter that the in-app purchase policy is "100% same [sic] as on iOS," and that new ways to receive free mana are coming in an update soon. 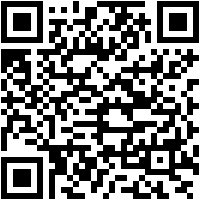 PushBullet Now Has An API, Will Hopefully Result In More And Smarter Pushing