Notifications have been one of the areas that Android has excelled in since day one. In Jelly Bean, that feature got a boost with the ability to expand a one-line entry, turning it into what is essentially a widget. Quickly happens to be one of the neatest uses we've seen of this new feature. This app creates a persistent notification in your shade that can be expanded to reveal an app launcher. 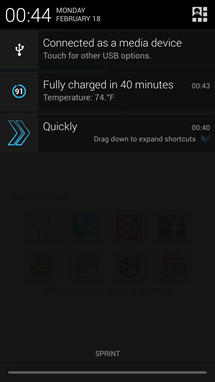 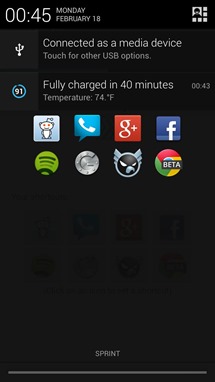 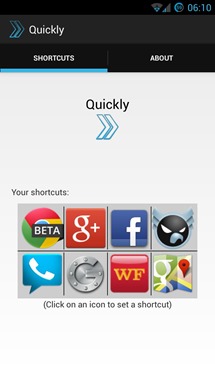 This app is a first release and the developer notes in the description:

The app was originally meant as a proof of concept, but there was demand, so here!

In other words? You may see some bugs. We've already noticed that, when selecting app shortcuts, text is white on a white background (though the app icons are clearly visible, so it's more of an annoyance than actually getting in the way, but it does clearly need to be fixed). Also, as of right now you can't change how many apps are available. It's eight or nothing. This will be changed in future releases.

For now, though, it's a great start. Even Google hasn't fully taken advantage of what expandable widgets can do, so it's awesome to see developers make use of the feature.

Quickly is $0.99 in the Play Store and requires Android 4.1 and up, naturally.