OK, Sony may have missed the mark on pricing when it first announced the Xperia Tablet S. At $400 for the 16GB version, it priced the device way out of the market, especially when the Nexus 10 is brought into consideration. Sure, the prices may be the same, but not only does the N10 pack a much higher resolution display, but it also has all the benefits of being a Nexus.

Still, Sony wants a chance to take your money. The Xperia Tablet S is by no means a bad tablet, so to get it into more hands, the company has knocked $50 off the price as part of the President's Day sale when you buy direct from the Sony Store until February 23rd. That's not all, though – you can also score a "casual cover" (normally $60) for free. That's basically a $110 savings. 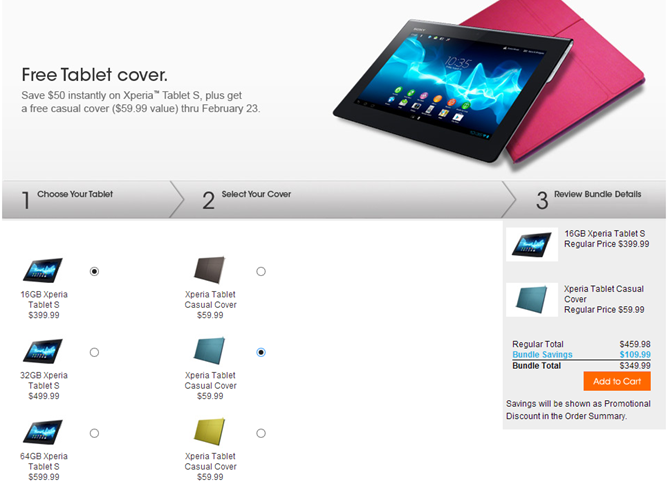 Sure, it's not the powerhouse that we expect from today's tablets, but at $350 for the 16GB version with a free case, it's still a worthy consideration if you're in the market for a new slate. Hit the link to get a closer look.

Plex Releases A Beta Version Of Its New App, Available For PlexPass Subscribers Only [Weekend Poll And News Roundup] Would You Buy An HP Android Tablet?