Before now, I thought that zombies had been added to every conceivable genre with the possible exception of farm implement simulator, and that's only a matter of time. But surprisingly, adding undead minions to a game that millions of office workers use to cling to sanity turns out to be fairly interesting. Despite the title, zombies don't replace mines in Zombie Minesweeper, they just add to the explosive fun. Check out the trailer below.

Gameplay is an interesting mix of puzzles and Oregon Trail top-town shooting, and since you've got to keep moving constantly, the pace is much faster than most puzzle games. The careful marking of mines contrasts nicely with zombie killing, and you'll need to find ammo at the same time if you hope to survive. You will explode. A lot. There are 14 different types of enemies just begging for boomstick, but careful movement can turn the residential landmines around you into defensive perimeters. 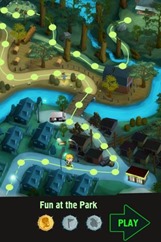 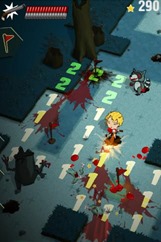 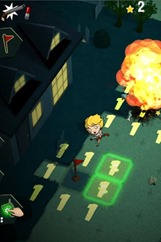 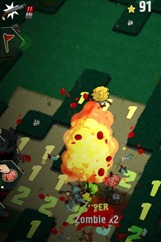 The self-aware humor on display in the trailer permeates the game - a very good thing. Zombie Minesweeper was a favorite on iOS, and it's a reasonable $1 for 30 levels.