Alien: Colonial Marines is getting positively face-hugged in the reviews, and Alien Vs Predator: Evolution appears to be weeks or months away. So why not dig into gaming's past for a bit of unofficial space marine action? 1991 Amiga shooter Alien Breed has been re-released on Android in all its top-down, pixelated glory, for the not low at all price of $4.99.

Alien Breed is a tongue-in-cheek tribute to James Cameron's Aliens. You move through each level exterminating aliens like seven-foot cockroaches, collecting money and ammunition. You then descend to the next level down, upgrading or buying new weapons, et cetera. Occasionally you'll face off against a screen-filling boss - screaming "get away from her you b---h" is entirely optional at this point.

The game includes 18 levels, plus four new ones created especially for the Android release. Graphics and controls come in both old school and upgraded varieties, and for better or worse, there's also Gree's leaderboard system. Those of you with the Gametel Bluetooth controller will be happy for native support. If you're looking for classic shooting of the side-scrolling variety, be sure to check out the Metal Slug series. 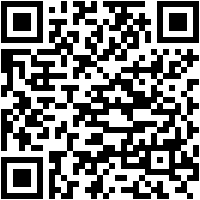