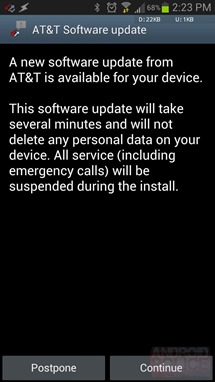 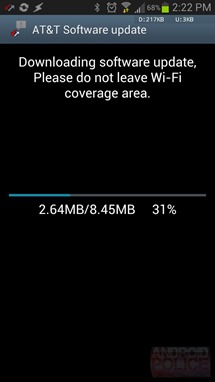 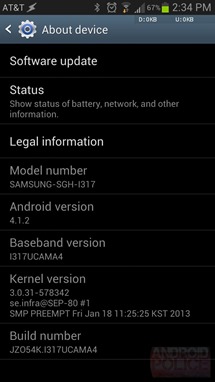 The new software version is I317UCAMA4, and the update is 8.45MB in size. AT&T refers to the changes as a "chipset security enhancement," so it's pretty clear that the Exynos exploit fix is probably the major feature of this patch. We've not noticed any other changes as part of the update, and the Android version remains at 4.1.2. It's rolling out to devices now, so be on the lookout.