Sometimes a site or service needs a new approach, or a little fresh paint. This would seem to be the case with Minus, formerly a simple cloud storage provider akin to Dropbox. Yesterday the company unveiled a new look and new direction: location-focused, social sharing of photos. It includes local chat features, with the new tagline "make friends near you." The revised app description sounds like a combination of Instagram and Foursquare. There are filters. There are stickers. There are likes. 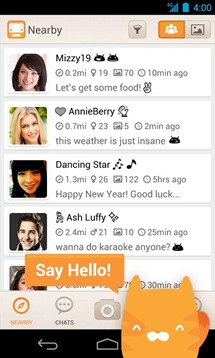 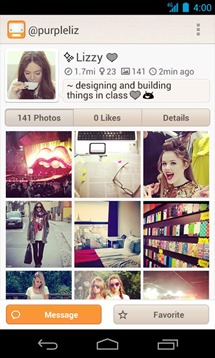 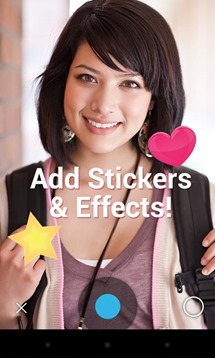 It's a pretty radical change in direction, and while there's no telling whether it will take off or not, a vocal subset of users are demonstrably unhappy. After using Minus as a pure photo sharing/hosting service, they were greeted with a social dashboard of photos posted near them, and encouraged to share their own. A quick look at the latest reviews reveals a lot more angry, frustrated people than anything else. 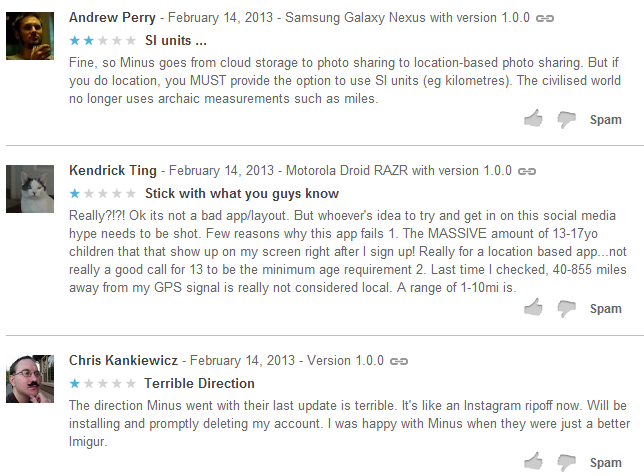 We reached out to Minus before posting this story, and they assured us that they're interested in retaining users, to the point of providing the APK file for the older, more utilitarian app. At the time of writing, there's no link for the previous APK, so those who don't want the new interface should simply not update.

We do plan on supporting existing users on Android, they can download the old APK file or not upgrade. We also will support galleries on the website and plan on integrating more features to apps soon!
Hope you understand the pivot. Putting the twist on location based photos/people, and where we see biggest potential for future of Minus!!

Aside from the fact that this goes against the learned behavior of most Android users, it's a pretty telling indicator of the company's dedication to this new direction. Minus may be willing to lose the users who have expressed their distaste so far to gain a foothold in the booming (if not necessarily lucrative) social space. While it's easy to see why users who were sold on storage and backup are left with a bad taste in their mouth when fed photos and filters, it's not as if they don't have alternatives for both.

Those who want access to their cloud files can still download and upload using the Minus web interface.

Update: The APK file for the previous version of Minus can be found at this link.

Qualcomm Reveals Quick Charge 1.0 - Charges Your Phone 40% Faster, And You May Already Have It