Google just pushed an update to its Search app (which, as you know, includes Google Now). Among the new additions are the Google Now widget that we've all been hearing so much about, movie ratings, the ability to pull up movie passes purchased from Fandango, and real estate listings from Zillow when Google thinks you're in the market for a home. Now that's fancy. 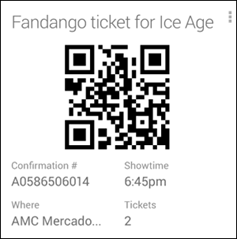 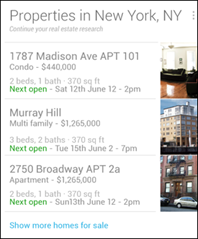 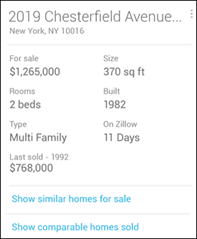 Additionally, the update also adds a music button when a song is playing in voice mode, though that feature is currently limited to the U.S. only. It also adds support for U.S. college sports. We've seen some of this integration before, but now it's official. 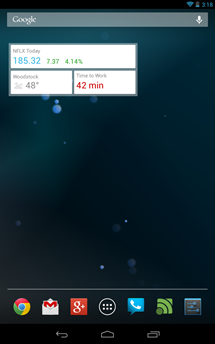 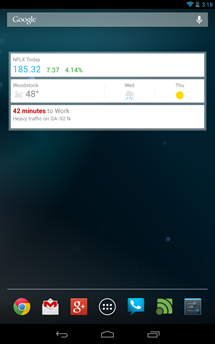 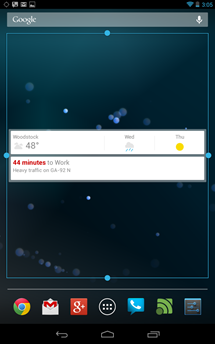 The widget is a little odd in that you can resize it, but it will only fill the space if Now gives you enough cards. Each item only gets one line max, no matter how much space you give it. However, you can make the widget take up as much space as possible. So if you'd like to dedicate an entire homescreen to Google Now just in case, you can do that. Be warned, though, you will probably not be able to use all that real estate. Especially on a tablet. It can be added to the lockscreen, though. That's cool.

Also, unfortunately it seems that the movie ratings (powered by Rotten Tomatoes) only shows up on the movies card which will only appear on certain days. Searching for a movie directly doesn't pull up a handy card with ratings and relevant info yet, unfortunately. Still holding out hope for that one. 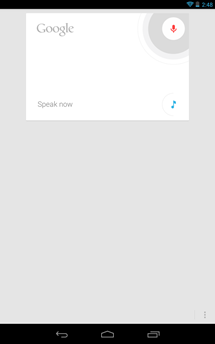 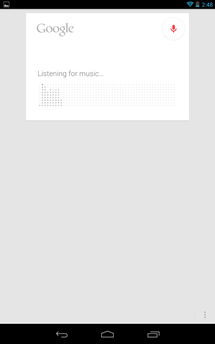 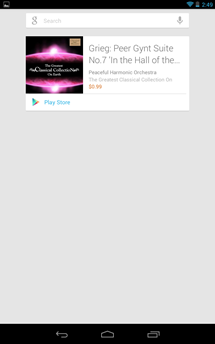 The music button is particularly interesting as it all but completely eliminates the need for a separate music search widget since you can easily access song matching by tapping on the voice icon on the Google Search widget (assuming you use it) just the same as you would to perform any other voice action. Handy! What's especially cool is that the blue music button will only appear if the app thinks there's music playing in the background. Smart, Google. Very smart.

Google Has Effectively Killed Adblock Plus In Android 4.2.2