Android 4.2.2 is out, and while an OCD-fueled 4.2.2 edition of Getting To Know Android is on the way, we figured it would be a good idea to highlight the big user facing changes that came with this release. We already covered the new ADB Whitelist and posted the raw developer changelog, so this should be the last of the important stuff.

First up is the new notification for in-progress app downloads, which now shows the percentage and an estimated time remaining for your app downloads while they are happening. Or, if you want to be technical about it:

Calculate speed of in-progress downloads and estimate time remaining
until completion.  Uses a moving average that is weighted 1:1 with
the most recent 500ms sample.  Funnels timing data to notifications
through DownloadHandler.

That's the way Google put it in the commit for this change, which you can find right here. 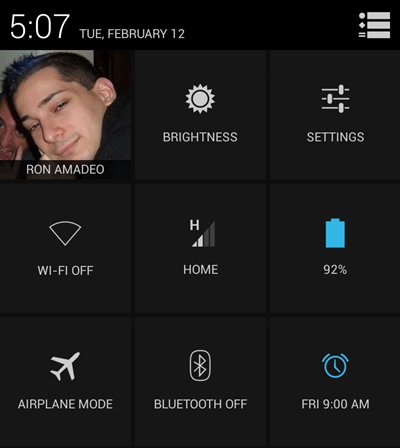 The second change is a tweak to Quick Settings. You can now long press on the Bluetooth and Wi-Fi squares to use them as actual toggles. This is, of course, different from how every other set of power controls works (it's normally press to toggle and long press for settings), but, still, it's progress. 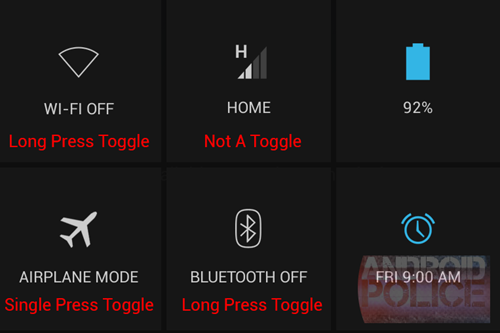 That sad part is that this means Google has introduced another wacky rule to keep track of when dealing with Quick Settings. Airplane Mode is still a single press toggle, and it's still the only one. So some of these are single press toggles, some are long press toggles, and some will only take you directly to a settings screen. Good luck keeping track of that.

There are also a few new sounds. The first is for Wireless Charging, which until now, made no sound at all. I had actually rigged up a Tasker profile to make my Nexus 4 make a sound whenever it was wirelessly charging, so I'm glad to see this.

There is also a new low battery sound, which replaces the horrible "farty" noise Android used to make. This version is much more pleasant.