As we draw ever-closer to HTC's February 19th press event(s), leaks around the HTC M7 - aka the HTC "One" - have been steadily increasing. The latest comes to us yet again courtesy of @evleaks, and here it is.

Let's start with what's right about it. First, it matches up with a previous leak, albeit one that was also from evleaks. Second, there's a lot of visual polish going on around the hardware that wasn't present in that first image. Shadows, reflections, and various shiny edges make this image seem significantly more official. The on-screen portion of the image conforms with what we've previously seen HTC do with new phones - 10:08AM, on the day of the announcement, in the city of the announcement. Which would be London, on February 19th (there will be events in NYC and London). The lack of a connection type icon (3G/4G) is also typical of HTC press shots, and the home button on the right lines up with previous rumors about its placement.

Now, what's wrong with it? Well, a few things, if I'm honest. The software imagery looks like it's been less-than-professionally overlaid onto the image of the phone. Particularly, check out the white feathering that's most visible at the bottom left and right corners of the screen - it actually overshoots the boundary of the display a bit. This makes it seem rather likely two images were combined into a single composite here. The image also has obviously been blown up and enlarged from its original size (thus the pixilation), obfuscating some of the finer details.

That doesn't mean this image is fake, per se. It does mean that this probably isn't a final press shot, though.

What does make me believe this is close to being the real deal, though, is the hardware. It appears press-quality in this photo, and far more physically 'real' than the first evleaks image of this device (below for comparison), which looks much more like a computer-generated model. 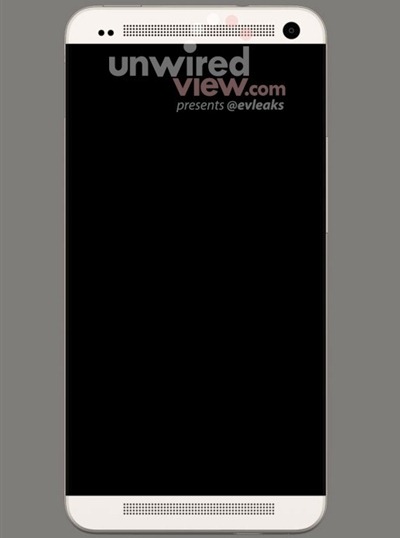 Unfortunately, given the low-ish resolution of the image leaked this time, it's hard to really dig in and get a super-fine look at it. Still, the very fact that a more photorealistic image of the hardware exists is compelling evidence. Stuff like this doesn't just pop out of nowhere - not of this quality. While the software does appear to have been added at a later point, that's far from a reason to debunk the rest of the image.

Perhaps those M7 images we leaked may not have been the real thing after all (at least, maybe they're not the "One" phone). Could HTC be pulling a Samsung and sending out dummy hardware to conceal the final design? I suppose we'll have to wait for February 19th to find out, barring more convincing leaks before then.

Hideman Is A Stellar Multiplatform VPN App That Lets You Route Traffic Through One Of 22 ...