Last week we told you about Pebble Notifier, an app that allows Tasker to send updates to the Pebble smartwatch over Bluetooth. Developer Dattas Moonchaser has updated the plugin to a full, independent app: you no longer need Tasker to send updates to your watch. (You'll still need the official Pebble app.) As you probably know, while Tasker is an incredibly powerful piece of software, it's also very difficult to learn and master, so the update should make it useful for a larger percentage of Pebble owners. 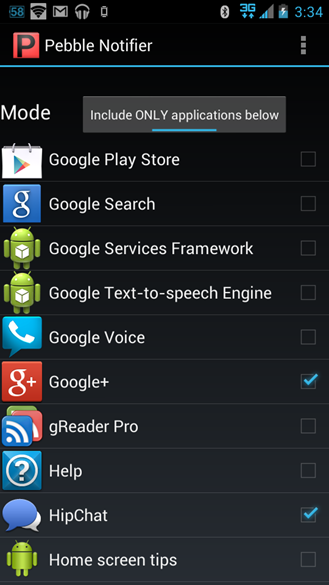 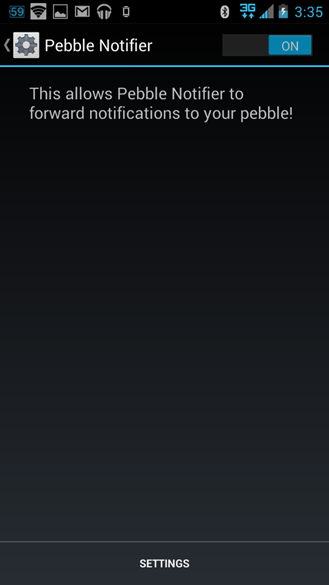 Even better, the app can selectively include or exclude apps from its "watched" list, a great help to anyone who was inundated with relatively useless updates when they tried it out. So you can exclude this sleep timer app from your notification list, and avoid having your watch vibrate (and rattle on your nightstand and wake you up) every minute. Pebble Notifier includes every app on your phone, which will allow you to avoid duplicates from the official Pebble app. It also has a switch to make the list opt-in or opt-out - handy if you only want a few apps to send updates.

Note that you'll need to enable an Accessibility service to use the app. (Settings>Accessibility>Set Pebble Notifier to "On.") Those who still want the ability to link Tasker with their Pebble can do so; The Notifier app still includes the Tasker plugin.