Verizon's newest Droid is set to receive a software update over the air, and it actually has a number of important fixes and improvements. This isn't going to bump the device up to a new version of Android, but it's still a hefty download at 103.5 MB.

Here is the full list of changes coming in the update:

Granted, a lot of this should not have been busted in the first place, but it's nice to see so many fixes in one package. Users will be notified when the update is ready for download, but you'll have to find some WiFi if you're roaming. Then it's just 8-10 minutes and a few reboots separating you from your less buggy phone. After the process has completed, your baseband should also be changed to 1.01.01.0110. The rollout should start soon, but we don't have an exact date yet. 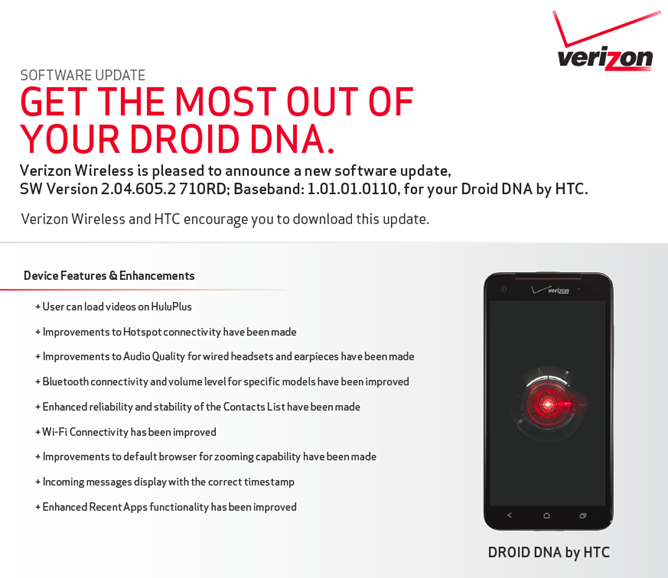