In the last year, we've seen a lot of great Android phones - like the Galaxy S III, Note II, One X, RAZR M, or the upcoming Xperia Z. There's little doubt that with every major handset release, we're seeing Android phone manufacturers up their collective 'game.' But way back when (you know, a couple years ago), the fact that Android phones generally weren't always good was a big draw to a Nexus handset for me personally. 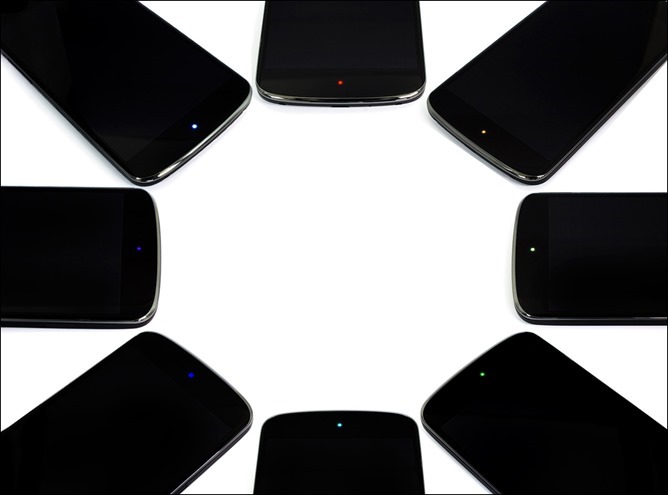 I purchased a Nexus One a few months after it was released, and was generally very happy with it. After installing CyanogenMod (which, frankly, was necessary to maximize performance and features back in 2010), that phone stuck with me until late 2011, when I bought a Motorola DROID BIONIC. The BIONIC was, I would say, on the cusp of being a great phone. It just wasn't quite there, mostly because of software glitches, connectivity issues, and lackluster battery life. I didn't hate it, but I didn't love it, either.

When the Galaxy Nexus came out shortly thereafter, I was admittedly a bit envious.

But then I got an HTC One X, and I didn't care about the Nexus anymore. The One X was a great phone. Great battery life, a livable UI, and all the features and performance I could want out of an Android phone at the time. I loved it, despite its flaws, and I never looked back at the Nexus with envy again.

Since then, I've spent a lot of time with the Galaxy S III, Note II, and One X+. They're all great phones, no doubt. Because of that, when I look at the Nexus 4, I just don't have the pure Android lust I once did. I'm happy enough on the other side of the innovation fence, even if it does mean being a version or so of Android behind the true Google Experience.

That brings me to this week's poll question: Do you find a Nexus phone less appealing than you did a year or two ago? Or has the evolution of the Nexus hardware (and the low price of the Nexus 4) actually upped the "want" factor? Feel free to explain your answer in the comments.