Handy volume control app Silence got a nice update today to version 2.0. The update, besides introducing a new (holo) interface, adds a ton of new functionality. So much, in fact, that the app's functionality now overshadows its simple name.

For starters, the update adds Google Calendar integration (for Android 4.0+), and support for recurring events, each with their own volume profile. Users can configure the events to repeat until a given date, and the app can control notification, media, and alarm volumes with individual levels for each. Oh, and Silence can toggle mobile data, though that feature is currently in beta. 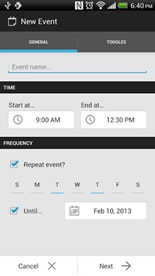 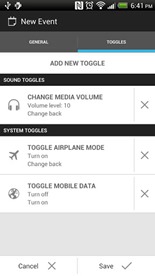 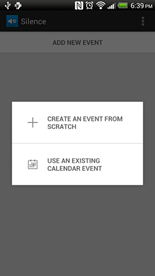 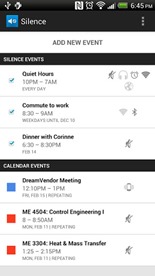 If all that isn't enough, the developer promises a list of features to look forward to in future releases, including a whitelist (for contacts whose calls will always come through, regardless of sound profile), a home screen widget, and user-suggested features (some of which are being discussed on Reddit).

Those that are already using Silence should hit the widget below to grab the update. If you haven't given it a shot yet, there's never been a better time, and – with such a receptive developer - the app only promises to get better from here.