One of these days, we're finally going to figure this whole buttons problem for Android devices. While touchscreens are great, the tactile feeling of physical controls will always have its appeal. Some solutions are better than others, but maybe the Wikipad can find the sweet spot. The tablet comes with an attached set of game controls that can be removed, leaving the player with a regular 7" Tegra 3 tablet. The entire unit costs $250. 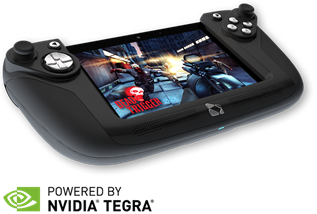 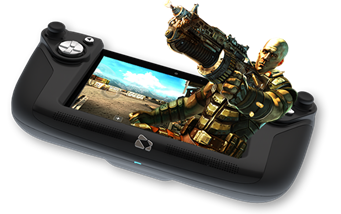 Here are the specs for the tablet itself:

The attached buttons actually make this look a lot like a Wii U tablet, but this one is running Android 4.1. Not some watered down version, either. The software is almost entirely stock, and even comes with PlayStation certification, which means the controls will work with a set of games you actually like!

The company had planned to release a 10" version of this very same concept last year but the first round of units had some fatal flaws and it decided to delay shipments to improve the controller. Apparently the unspecified problem was one that couldn't have been discovered before production, and was not the fault of the design team. The delay became an opportunity, though, as after some feedback, Wikipad ended up scrapping the entire  line in favor of a smaller screen and, more importantly, a lower price point.

Whether this will be a satisfactory replacement for a Nexus 7 or similar 7" tablet remains to be seen. One the one hand, yes, there is significant demand for button-based gaming. On the other hand, most development on Android targets touch screens. The key is to get plenty of software for the platform. If the Wikipad can pull that off, it might be a worthy challenger.

LOS ANGELES, CA – February 7, 2013 -- Wikipad Inc. today announced that its 7” Wikipad tablet will be available from leading retailers in spring 2013 at a launch price of $249. Wikipad combines the unrivaled gaming experience of a console with the functionality and portability of a premium tablet, thanks to its unique attachable game controller.

“We wanted to get Wikipad into our community’s hands and what we found was that the smaller 7” form factor just seemed right,’” said Fraser Townley, President of Sales, Wikipad, Inc. “The smaller frame delivers an aggressive price while keeping the same amazing specs.”

The 7” Wikipad possesses the same powerful product specs as the previously shown and forthcoming 10” version in a form factor that is even more portable and at a price point that is even more accessible to gamers everywhere. In addition to the new compact form factor, refinements have been made to the dual-analog stick controller to ensure lightning-fast response times and the best gaming experience possible.

Wikipad also announced the relaunch of its website that now includes a comprehensive support page that has dynamic links to social networks and technical forums.

The Wikipad is the only tablet to possess the unique combination of truly immersive video game experiences found in consoles with the functionality and portability of a tablet thanks to its award winning attachable dual-analog controller. It offers a premium 7" IPS screen, 16 GB memory with micro SD slot to support an additional 32 GB of storage, ultra-light and thin chassis, is powered by the NVIDIA® Tegra® 3 quad-core mobile processor and it is optimized for cloud gaming. With an aspect ratio of 16:10, the Wikipad tablet offers true widescreen HD display.

Consumers will have access to entertainment and videogame content from partners and services including PlayStation®Mobile, Big Fish Games®, TegraZone – NVIDIA's free app that showcases the best games optimized for the Tegra processor – Google Play™, OnLive and many others.  When the gamepad controller is detached, Wikipad’s sleek design and full Android 4.1 Jelly Bean functionality make it a powerfully versatile device whether you are surfing the web, reading emails or enjoying films, music and apps at home or on the go.

Plume For Twitter Updated To Version 5, With A Snazzy New Widget, Better Performance, And More