So, Carbon isn't quite the Twitter powerhouse you were hoping for. No worries: the old Android standard Plume is still rolling along. The app gets a major update today, after being tried out by beta testers for a few weeks. Plume 5 adds the standard bug fixes and performance enhancements, plus a much-needed visual refresh of its homescreen widget (something that Carbon lacks, and Falcon can't do without a separate app). 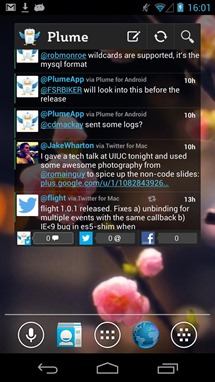 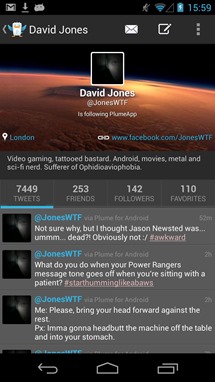 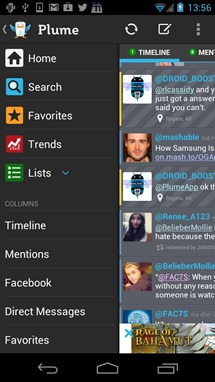 The widget is a lot more useful in its latest incarnation, thanks to a column system that allows you to embed up to three Twitter feeds. You can choose between different user accounts, replies and mentions, or even a Facebook feed. Columns are delineated and switched from the new split section at the bottom. In fact, it's possible to do nearly every important Plume function from the widget, so long as you don't mind opening links in your browser. 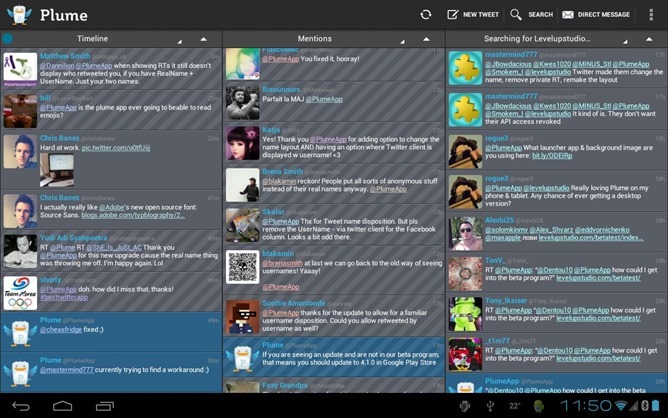 The app itself has a few visual tweaks, including a revamped profile view. But through its previous incarnations it was already a pretty great Holo app - the developers are the same folks who brought us Beautiful Widgets, so a slick-looking interface is no surprise. Falcon Pro seems to be the Twitter client of choice around the Android Police offices, but I'm still rocking Plume, and I couldn't be happier. 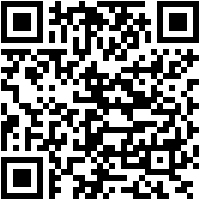 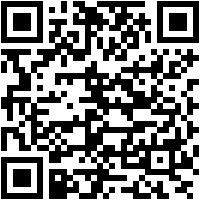