Oh boy, LG. I don't know if you're going to be able to live this one down: PhoneArena just leaked a couple photos of the allegedly-upcoming Optimus G Pro, but it's not the one you've already seen before (headed for NTT DoCoMo in Japan). Nope, this is a super-sized 5.5" version, and the leaked shot of it out in the wild is going to draw a lot of attention, if only for visual comparisons. Take a look. 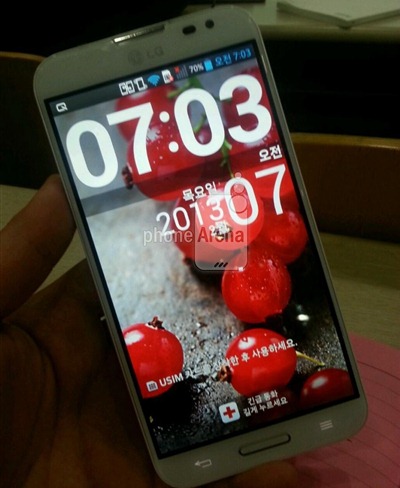 So, maybe it's because it's white. And maybe it's because the lighting is bad. But wow, does that ever look like a Note II to my eyes, at least at this angle. The back of the phone is definitely a different look (it has a One X-esque camera hump), but I just can't un-see the similarity. It's uncanny, down to the hardware home button that is just narrow enough not to look exactly like Samsung's, and the slightly different-looking, flipped capacitive buttons. As for this being the real McCoy, well, there doesn't seem to be a particular reason to doubt it. The image is a bit blurry, but it looks far from fake. And it's backed up by this leaked training slide image, suggesting the phone will launch on the Korean carrier U+. 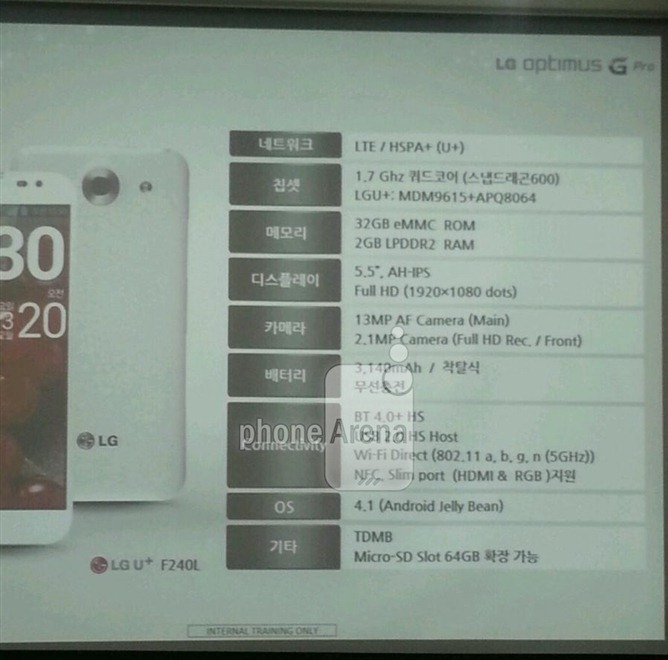 To recap, this is basically the same as the Optimus G Pro we've already seen, but with a significantly enlarged display, and slightly beefier battery cell. That means a quad-core Qualcomm Snapdragon S4 Pro processor, 2GB of RAM, 13MP rear camera, Android 4.1, and LTE. Will we be seeing this device at MWC? I don't know, but let's hope so.

The Sandbox Is Blasphemous, Open-Ended Fun, And It's Coming To Android This Month