Update: We've heard from US Cellular that the rollout will begin on February 12th - apparently someone jumped the gun on the update page.

After promising to do so in Q1 2013 back in December, Motorola has officially begun rolling out Android 4.1.2 to the Electrify M on US Cellular. The Electrify M is basically a de-Verizoned RAZR M, so it makes sense that the Electrify's update follows after its DROID kin's. 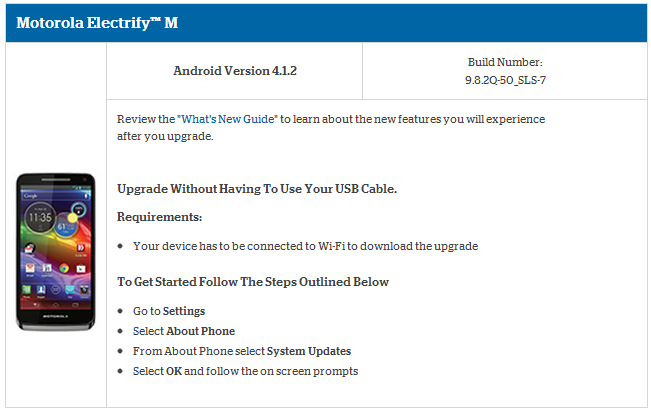 You can find a link to the standard Motorola Jelly Bean upgrade overview on US Cellular's website. The build number is 9.8.2Q-50_SLS-7. The OTA update will probably be rolling out in stages, so keep hitting that 'System Updates' button over the next week or two.

AT&T MiFi Liberate Hotspot Review: It Has LTE, A Touchscreen, And Amazing Battery Life - Any ...