This might just be one of the better deals we've seen in a while. Lets Talk is offering the Nexus 4 for $85 on a new 2-year T-Mobile contract. Enter the coupon code "TALK4TEN" (no quotes) during checkout and you can knock another $8.50 off that (money's money, right?) for a grand total of $76.50. Not bad! 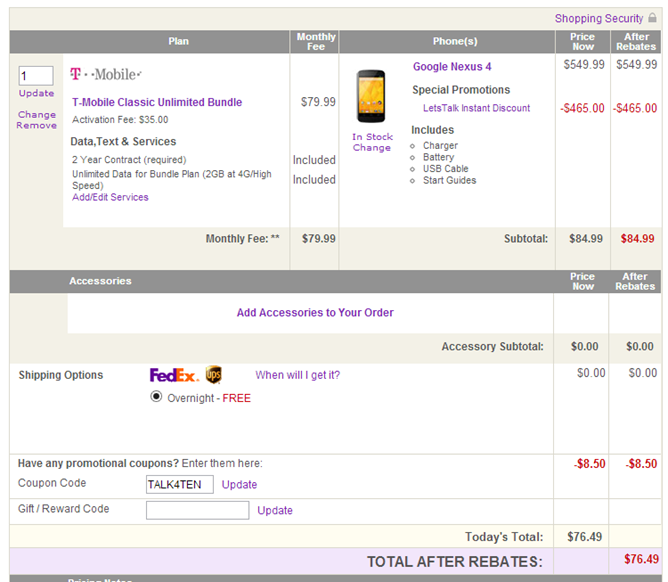 Existing customers can get the handset for $155 before the coupon code which will take $15.50 off for a total of $140, which isn't too bad of a deal, either. It's still worth noting that both options require a two-year commitment, while the contract-free version you can get from the Play store is only $350 (less if you don't mind 8GB). $76 is a steep enough discount to possibly warrant the subsidy, but $140 begins to push it. Also, keep in mind that you face an ETF with T-Mobile and Lets Talk if you buy this way.

Epic Action RPG Aralon: Sword And Shadow Is Now Out On The Play Store