Mobile data hotspots aren't the world's most exciting products, though if you travel consistently, they can be an absolute lifesaver. But let's be brutally honest: the average mobile data consumer really doesn't care about the hotspot itself - as long as it works. They care about the network, and the monthly pricing. That's really it.

The hotspot is basically just a tiny little Wi-Fi router with a cellular modem and a lithium-ion battery inside. If it functions properly, you only remember it exists when the battery dies. If it doesn't, it's the worst thing in the universe, and you actively contemplate just how many pieces it would shatter into after a fall from the 4th story window of Homewood Suites.

The point I'm making is this: getting fancy with a mobile hotspot is risky. You create a real possibility of confusing and upsetting consumers by changing things around. The Mi-Fi Liberate undoubtedly changes the standard hotspot formula, but it seems to have done it damn near perfectly. 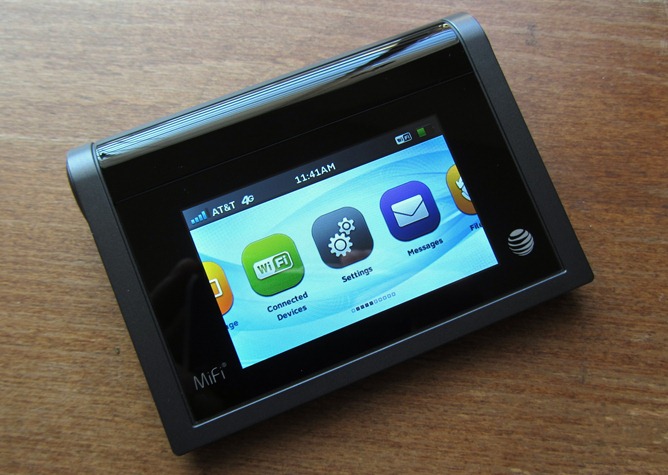 The MiFi Liberate is a new hotspot from Novatel Wireless, designed for the AT&T network. Its big talking point is a full-color 2.8" capacitive touch display that allows you to explore and configure many aspects of the Liberate that would traditionally require a web page (the Liberate still needs a web page to actually set up the wireless security). It costs $50 with a 2-year agreement on AT&T, or $200 off contract.

Holy crap - it has a full-color capacitive touchscreen! And something resembling a kind of proto-OS, complete with features like slide-to-unlock, and tiles that kind-of-sort-of look like apps. Are we in the future?

The good news is that this touchscreen makes interacting with the hotspot and finding out basically any information about it really, really ridiculously easy. Here's a list of all the info at your fingertips on the actual hotspot:

All in all, that's a lot of stuff that you really just don't get on your average hotspot. No more writing your password on a piece of tape attached to the back, no more opening up your account page to see how many gee-bees you've devoured. This stuff alone makes the Liberate a pretty attractive choice - I can't see any major downside to all these extras. 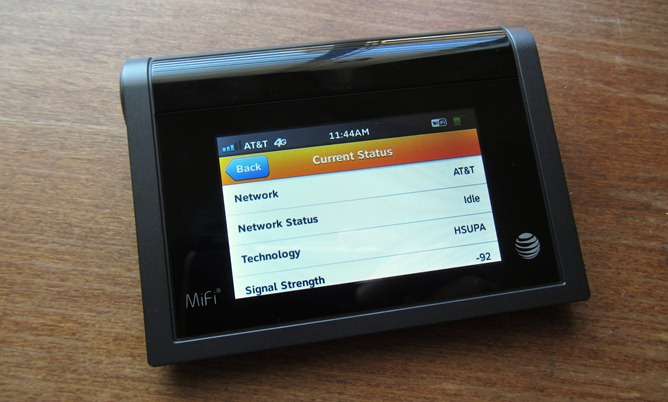 Even with the touchscreen, battery life on the Liberate was mindblowingly good. Novatel rates it at 11 hours, and I'm inclined to say that number is probably accurate for basic tasks like browsing. Put more stress on it (eg, video uploads), and you will see the battery bar drain itself a little more expeditiously. Still, this is easily the longest-lasting hotspot I've ever seen.

We used it at CES, drinking down well over 16GB of data in under a week, and for the most part, it performed like a champ. The web interface for actually configuring the wireless setup is pretty standard, and I even tested out the file sharing mode (it has a microSD card slot!), which worked fine with my Windows 8 laptop.

I'm struggling to find any flaws I'd consider truly major concerns, aside from the pricing, which we'll get to in a moment.

The Liberate did require occasional reboots in the field (the packets just kind of stopped flowing), though Ron and I were tasking the little guy with 1GB+ video uploads on some evenings, which is certainly a tall order for a mobile hotspot. It got pretty hot when doing this, too, so maybe that played a role. Either way, after a restart it was generally fine again. 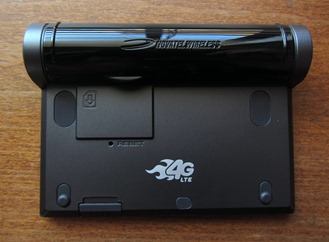 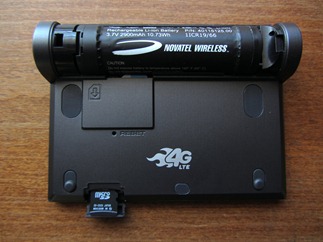 Signal strength was generally very good, but I did experience the rather standard (and highly annoying) difficulty in getting the Liberate to switch back from HSPA+ to LTE after it had been in an area with weak signal. A reboot, again, usually resolved this.

Otherwise, no complaints here - this hotspot is bar-none the best I've ever used.

Unfortunately, the Liberate probably isn't fiscally practical for anyone but businesses or highly mobile professionals: while it's only $50 on AT&T, that comes with a 2-year contract, meaning at least $50 a month for 24 months, unless you're on one of AT&T's share data plans (in which case, the Liberate is a $20/month add-on to your existing data bucket). The alternative is shelling out $200 to do pay-as-you-go, and that still entails the same data pricing I mentioned, though with the option to only activate the plan for the months you'll need it.

This is easily the best mobile hotspot on the market right now. There just isn't anything out there to compete with the Liberate, and it shows. If you absolutely need a mobile hotspot, and want the very best hardware, this is the one to get - period. But network coverage and data pricing are still going to be the first concerns for many would-be buyers, and that's where the buck stops. AT&T just doesn't have the LTE footprint of Verizon at this point, yet it charges basically the same for hotspot data (Verizon is $50 for 4GB, AT&T is $50 for 5GB).

All in all, the decision to buy is best left to your personal needs, but if the Liberate and AT&T meet yours, don't hesitate - this thing is amazing.