Against all odds, Rebellion's first title – Judge Dredd vs. Zombies – was actually a solid game. Its top-down shoot-em-up style is always a fun choice, and, let's be honest, it's hard to go wrong with zombies. So, take note game devs: if you have a good idea that's missing that special something, it's zombies. Just add zombies.

But, back to Rebellion. These guys just released a new game to the Play Store called Guns 4 Hire, and while it doesn't have anything to do with zombies, there's no shortage of bullet-blasting action. Like Dredd vs. Zombies, Guns 4 Hire is a top-down shooter (stick with what works, ya know?) with guns, guns, and more guns. The gist is pretty simple: you're part of a band of mercenaries in charge of saving the world  from... bad guys. You can pretty much call it from there: shoot 'em, blast 'em, blow 'em up – whatever it takes. Just kill them.

Guns 4 Hire is a free to play game, but does include in-app purchases for those who don't mind spending a little real-world money to get some in-game advantages. If that doesn't bother you too much, you'll find all that merc action by hitting the widget below. 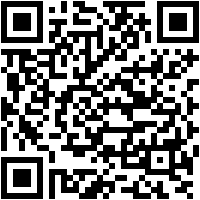 Motorola RAZR i Android 4.1 Update Now Rolling Out In The UK