The scene: a board room. Ominous and shrouded in mystery, all that can be seen is a long, black glass desk and on either side, twelve featureless chairs. In each sits a grumpy old person. The rest of the chamber is a dark, empty void. Out of the abyss a lone man appears, approaching the head of the table. He's adorned in blue jeans, a white dress shirt and a dark blazer. The brightest light in the room is the reflection on his head.

"Ladies and gentlemen," he says. "As you are no doubt aware, our earnings for last quarter were less than optimal. Both our revenue and profits have declined. We've spent considerable effort on locking as much content into our own ecosystem as we can in order to sell loss-leading hardware but, shockingly, this hasn't made us money. We need ideas. What can we do?"

The grumpy old people shift uncomfortably in their seats. After a silence that feels like it lasted for hours, one meek exec speaks up. "We... we could suddenly and irrationally create a virtual currency system to replace the perfectly functional actual money we use now in a shallow attempt to confuse users on the prices of things they buy and generally be more obnoxious under the guise of providing 'options' to customers."

Seriously, Why Would You Create Virtual Currency? 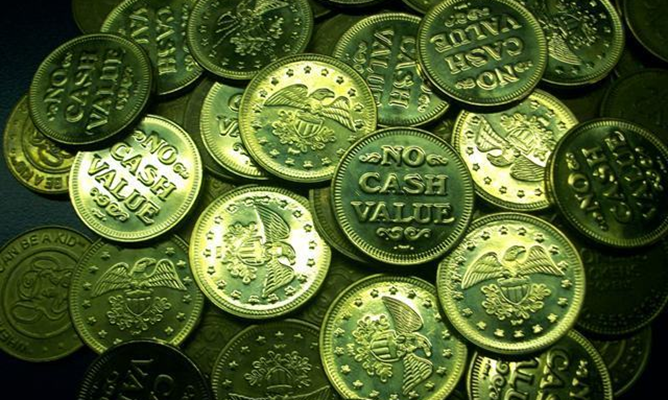 Dramatization aside, yes, Amazon really is going to launch this product called 'Amazon Coins' for the Kindle Fire and related products. You can feel free to think of it like Microsoft Points or Nintendo Points or any of the other points that various different content providers use, because it's exactly like that. And it's just as obnoxious as those programs, which we'll get to in a second. The bigger question, though, is why would Amazon feel the need to do this? It already accepts money from virtually every possible method.

"Yes, but what about kids/moderated spending/people who don't have credit cards/etc?" you ask. Hate to disappoint, but Amazon's got that covered, too! Gift cards are available in every major market where the Kindle Fire is available. If you want to add a certain amount of money to your account and spend that and no more, you can already do that.

So, why do it? What is to be gained from creating a fake currency to mask the real one your business already uses? Simple. More money.

Virtual Currencies Are All Scams

To be honest, there are very rare situations where virtual currencies are not designed to rip people off. Going all the way back to tokens in arcades, exchanging metal slugs with no monetary value for dollar bills was a slick way of ensuring that if money wasn't spent within the walls of the gaming gallery, it wasn't spent anywhere. Sure you could accomplish the exact same task with quarters (something that eventually became standard), but then you run the risk of a kid putting $1 in your machine but only giving you $0.50 worth of business! Tragedy!

Still, arcades got away with it because the real trick to getting money out of people was the addicting nature of "Insert Coin to Continue." In the grand scheme, token machines caused a negligible amount of wallet damage. Point systems were more insidious, however, because they function exactly like gift cards, except they require an extra conversion step in order to fully grasp the true cost of an item.

The end result is, inevitably, some people will spend money on points they never use or forget they have. There may even be people who buy things they might not otherwise purchase because, despite being perfectly equal, 79 points feels cheaper than 99 cents. It's the same psychological games that result in things that cost 99 cents to begin with. Subtle tricks to make you believe you're paying less than you are.

Ironically, Microsoft is very slowly moving away from the points-based system, at least on Windows 8. While the currency remain on the Xbox, the exact same storefronts are being represented differently on separate platforms. It would not be surprising for the company to rectify this dissonance.

There Must Be A Better Way To Make Money 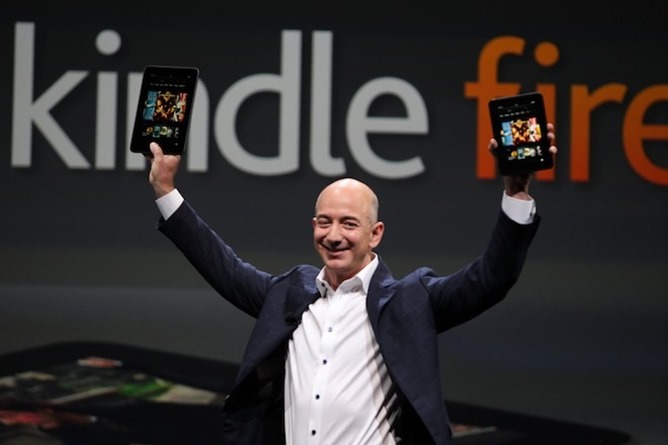 Amazon has a problem on its hands, unfortunately. The company's main business model of selling stuff online has served it well by allowing the company to undercut traditional retailers by saving on overhead. Unfortunately, undercutting the competition doesn't work in all areas. Most notably in sales of devices like the Kindle Fire. While the e-commerce giant has gained a sizeable amount of marketshare in the Android tablet space, that success come at the expense of profits. The Kindle Fire line is explicitly a loss-leader. It's a device sold at or below cost in order to push content sales.

Therein lies the rub. Part of Amazon's appeal on its most popular content distribution hub, Kindle, is its ubiquity. Hell, they even give a name to the awesome feature that keeps you on the same page no matter what device you're reading on: Whispersync. This puts the company in an uncomfortable position: the best way to increase content sales is to dismantle one of the key reasons you'd want to buy a Kindle Fire in the first place.

Ask any knowledgeable friend whether you should get a Nexus 7 or a Kindle Fire HD. The conversation will inevitably come to the following conclusion: "If you want a generic tablet, go Nexus 7. If you really love the Amazon ecosystem or have a Prime subscription, the Kindle Fire might be better." Why? Because literally the only benefit the non-Android Android tablet has is Amazon.

That being said, some people like the Kindle Fire. People have their preferences and they're never wrong per se. There is always room for competition. The trouble is, Google can subsidize its lack of profits on the N7 with its booming advertising business. Amazon cannot. It needs a revenue stream to make this work and, as the last two quarterly earnings reports have indicated, that's not going so well. Last quarter it only made $97m, down from $177m the year before. And that included Christmas. The quarter before that, the company lost $274m. $169m of that was due to exceptional investment costs, which means that even if it hadn't spent that money, it still would've lost over a hundred million dollars. That's not a good place to be in.

To an extent, this race to the bottom was inevitable. Apple very explicitly makes its money on hardware and, as such, can't reach certain price points other companies can. Hence the $330 iPad Mini. That's alright. Different business models can co-exist. However, if a tablet maker wants to undercut the competition and deliver hardware at bargain bin prices, it needs alternative revenue. Content is one great way to accomplish that.

Virtual currencies, however, are not. Amazon Coins reeks of desperation. While a few may defend the practice, and there may even be rare exceptions where someone prefers this virtual currency, at the end of the day the collateral damage to consumers just doesn't justify the benefit. It just feels like Amazon is trying to eek out extra profit from a business that has not been kind to it recently.

Your Lunch Goes Viral: Full Instagram Feeds Are Now In The Web Browser