If you've been waiting on more information about T-Mobile's up-and-coming LTE-powered Galaxy S III – like, you know, a potential release date – wait no more. TMoNews has gotten its hands on a leaked image of an internal T-Mobile slide that shows what could be a probable release time frame for the device: 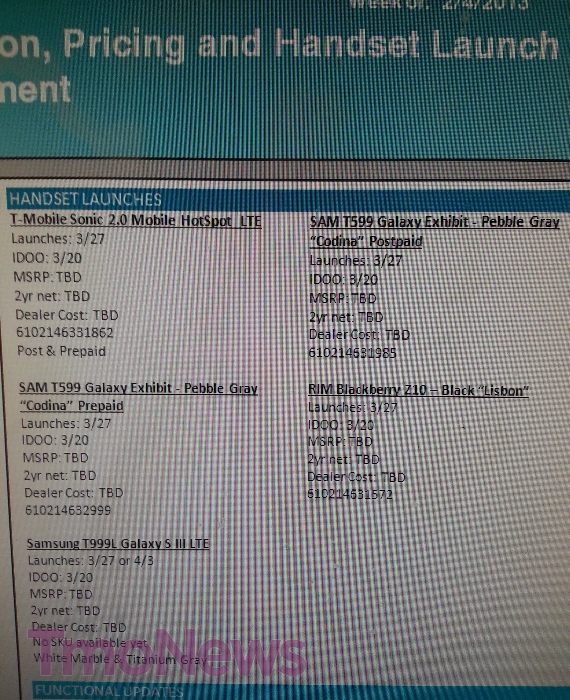 As you can see, way down at the bottom, it clearly reads Samsung T999L Galaxy S III LTE, with a launch date of either March 27th or April 3rd. Of course, leaks like this shouldn't be taken as gospel, as they are subject to change at any time. And they often do.

With that said, it's unlikely that we'll see any sort of delay, considering this is essentially the same device that's already running on other carriers.

Google Shifts Developer Payments To The 15th Of Every Month, Provides A Transition Schedule To ...