MoviePass sounds like a pretty fantastic service for movie buffs. Pay a set fee every month, and you can go to the theater as much as you would like (with a fairly lengthy list of caveats). It's Netflix, but for all the movies that are out now. While it wouldn't be of much interest to the casual viewer who might only see one or two flicks a year, the avid viewer could save tons of money. What's a sweet subscription without an Android app to go along with it, though? 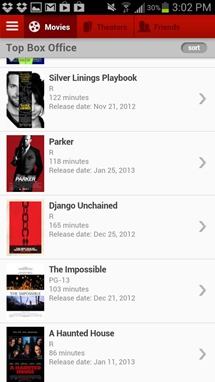 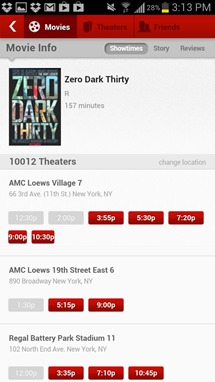 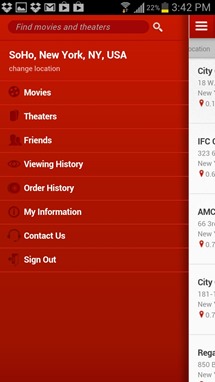 Most of the functions of this app can probably already be performed by your theater app of choice, however being able to look up listings that only include participating locations is a handy filter to have. In addition to finding showtimes, you can keep track of your viewing history, manage perks, and connect with other MoviePass users. Handy and fully-featured. Just the way we like it.

Unfortunately, as stated before, MoviePass is currently in an invite-only beta. You can apparently pay for a gift option (and likely use that as a way to circumvent the need for an invite), but you'll be paying extra for it. The gift option allows you to buy a friend one month for $50, three for $120, or a full year for $360. However, these may not be indicative of the actual price of a regular subscription, which starts at $30/month as long as you commit to a year. It's confusing, to say the least, but given that it's a private beta, we can forgive it for being less than transparent. Until that invite comes around, of course.

Now, if you'll excuse me, this has reminded me that I need to order my AMC Best Picture Showcase tickets. Samsung Announces Galaxy Young And Galaxy Fame - Probably Intended For The Young, Not The Famous