Back in early-to-mid December, Fuhu announced a pair of new tablets: the nabi Jr. for small children, and the nabi XD for tweens. While release details were scant for the nabi Jr., the XD was penciled in for a mid-January release date. That time frame has come and gone, but it looks like both device are now available through BestBuy.com, though it's possibly the company pulled the trigger a little bit early since there's been nary a word from Fuhu since the initial announcement. 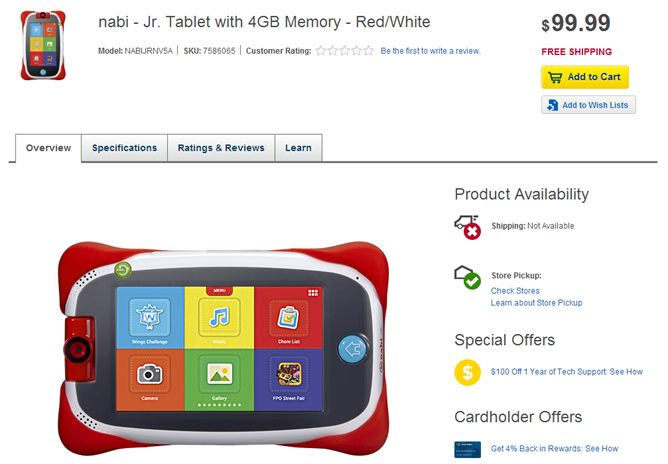 As the name suggests, the nabi Jr. is a smaller, more toddler-friendly version of the nabi 2. It's built from the ground up with little ones in mind, as its 5-inch form factor and kid-like interface may suggest.

At $99, the nabi Jr. is a great deal for anyone looking to get their little munchkin familiar with tech at an early age. 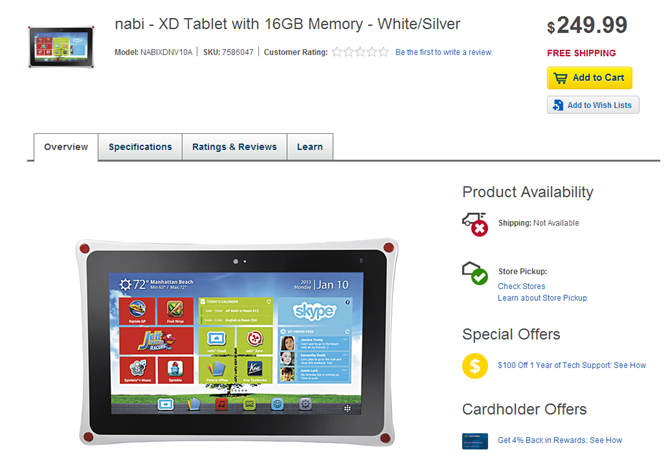 The nabi XD is Fuhu's offering for older kids – mostly tweens. At only $250, the XD packs a punch that can't really be matched by comparable tablets – even some costing $100+ more.

The XD will also have some useful accessories – like an attachable silicone keyboard, for example – making this not only a fun device, but a useful one as well.

We're working on securing review units right now, so expect an in-depth look at both devices in the coming weeks. If they're anything like the nabi 2, though, the bang-for-the-buck will be nearly unmatched. If you're already convinced, hit the links below to buy.