Want a behemoth phone on Verizon, but don't feel like shelling out three-hundred dollars for it? Look no further than Amazon Wireless for your solution – it just dropped the price of the Note II on Big Red to $150 for new customers. That's half of what Verizon is asking. For the same phone. Existing customers can snag one for $190, so it's still a savings of over $100. 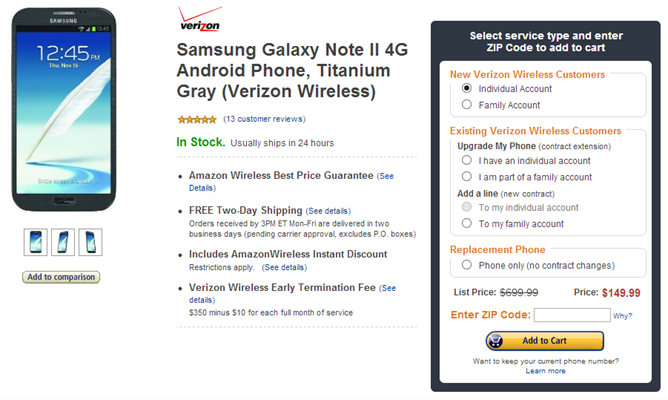 There's only one catch here: this deal is only for the Titanium Gray version of the massive handset. If you're dead-set on getting the white one, you'll be stock paying $200. Sure, it's still cheaper than at VZW, but c'mon – is it really worth an extra $50 just for a different color? Didn't think so.