The year was 2012. A mere two days before the alleged Mayan apocalypse—and about nine days before people stopped making tired old jokes about it—we got wind of the Developer Edition of the Galaxy Note II for Verizon. There were three differences between this handset and the version you could buy in the carrier's stores: it had an unlocked bootloader, it's unsubsidized, and it was not available for sale yet. Even though the locked version had been available for nearly a month. Oh, and it's still not out yet. 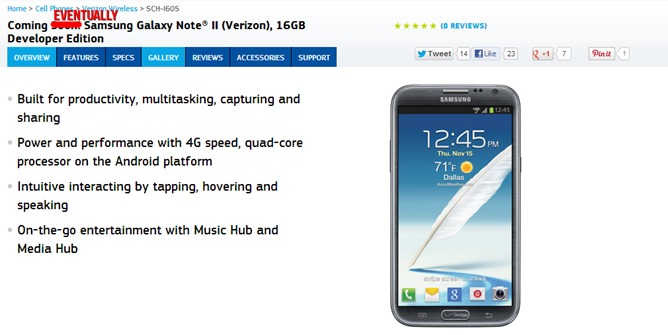 Today is February first. Four months after the international release, and a month and a half after Verizon got its airwaves all over the handset. We still have yet to hear anything about the launch of this phone that, unless Samsung has some surprise in store, should be the exact same hardware, but without a locked bootloader.

We're not sure if Samsung just doesn't think it's a priority to get this dev edition out (which would be weird... why bother making it in the first place?), or if Verizon is pushing to keep it off the market for some period of time. No matter what, though, it's taking an awful long time.

GameStick Kickstarter Comes To A Very Successful Close With 648% Funding