Last week, we reported on an OTA update for the T-Mobile Galaxy S II that brought a "Qualcomm fix," along with some general security enhancements and Vlingo S Voice improvements. It looks like that update was delayed shortly after it started rolling out, as Team Pink just updated its support docs with details of the update with a set rollout date of January 31st, which is today.

Thus, if you didn't get the update last week, then you should expect it to hit sometime over the next few days. 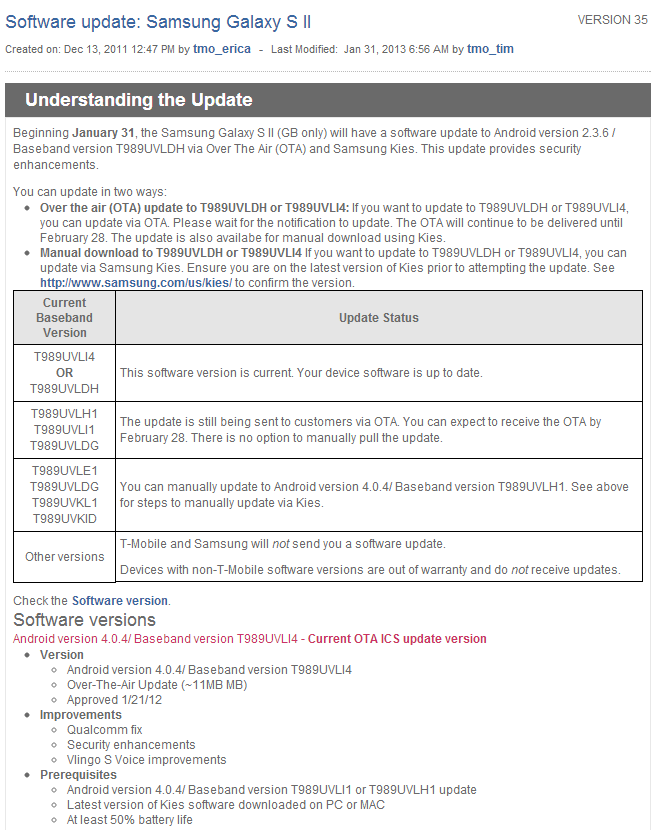 The GSII isn't the only T-Mo device getting some OTA love today, though – the carrier's version of the Galaxy S III is also getting a small update. Similar to the GSII, this one's just a small bug-and-security-fix OTA, which also brings an "improved user experience." Exciting.

This update is also slated to begin rolling out today and will likely makes its rounds over the next couple of days. 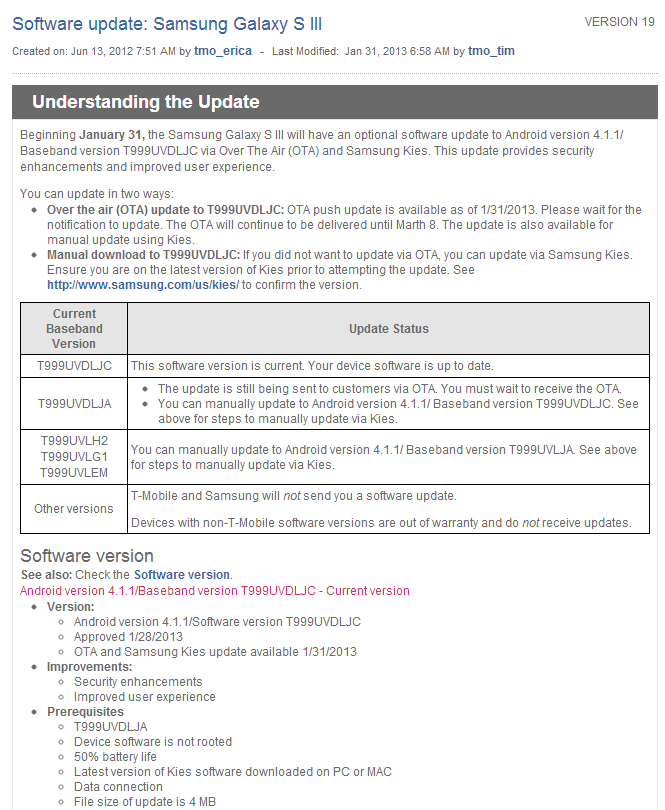