If you're looking for a 4G LTE handset on MetroPCS that packs a pretty decent punch, the just-announced LG Spirit may have your number. At $200 and no annual contract, don't expect the Spirit to be a game-changer, but at first blush it does look like a bang-for-your-buck investment: 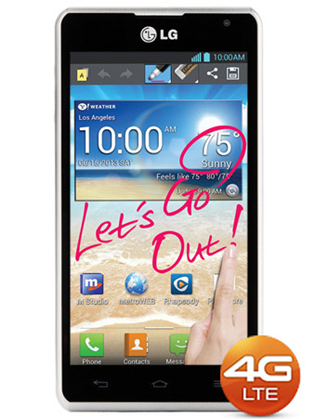 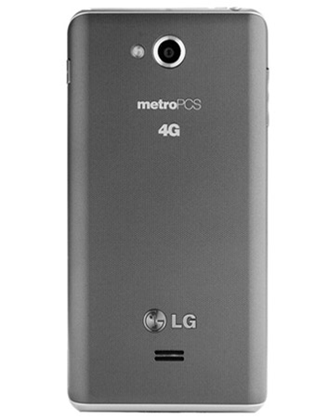 The Spirit also features LG's QuickMemo feature, as well as MetroPCS' joyn service, which is essentially an all-in-one chat hub. The device is available beginning today for $270 with a $70 mail-in-rebate. If that sounds like something you're interested in, head here to take a closer look at everything MetroPCS and the Spirit have to offer.

DALLAS (January 31, 2013) – MetroPCS Communications, Inc. (NYSE: PCS) is going big in 2013 with the launch of the Spirit™ 4G, a 4.5-inch touchscreen Android™ smartphone from LG Electronics. The Spirit 4G packs top-of-the-line features in its sleek and stylish frame with a crystal-clear screen and 4G LTE connectivity for $199 plus tax after mail-in rebate – all with no annual contract.

The LG Spirit 4G builds on MetroPCS’ success with other LG 4G LTE models – the Esteem, Connect 4G and Motion 4G – by taking features and ease of use to the next level:

· QuickMemo™ for convenient on-screen notation to express and share ideas

· joyn™ by MetroPCS capability delivers a unified and intuitive way to share content with enriched services like integrated instant messaging or chat, WiFi and video calling. The official joyn app can be downloaded via Google Play and the @metro App Store™.

The value doesn’t stop with all the features found in the Spirit 4G thanks to MetroPCS’ recently simplified 4G LTE rate plans, which begin at $40 and offer unlimited 4G LTE talk, text and data for only $60 – taxes and regulatory fees included. The company also unveiled the best deal in town for unlimited on-demand mobile music service with access to Rhapsody for only $5 per month, available on all current Android and 4G LTE rate plans.

MetroPCS and LG are also kicking off the All-Star Spirit campaign, which benefits After-School All-Stars (ASAS), a non-profit organization dedicated to providing academic support, enrichment opportunities and health & fitness activities that equip participants with skills, experiences and relationships needed to succeed in middle school, high school, college and the 21st century workforce. MetroPCS and LG are supporting ASAS’ efforts to provide high-school readiness and after-school programming to middle schoolers to put them on the path toward graduation. Every LG Spirit 4G purchased online and in ASAS markets* will contribute to the donation that will have a direct impact on children involved in ASAS programming. More information about the campaign, which begins next week, can be found at www.metropcs.com/ASAS.

The LG Spirit 4G is available starting today in stores and online at www.metropcs.com for $199 plus tax after $70 mail-in rebate for a limited time.

Because No Games Are Better Than Crappy Games: Zeboyd Calls It Quits On Android