Though you may not have heard of them, Zeboyd Games is something of a darling in the world of indie gaming. After scoring hits with the quirky neo-retro RPGs Cthulhu Saves The World and Breath Of Death VII, the two-man studio made it big by landing a contract with webcomic giant Penny Arcade. The third game in the series, On The Rain-Slick Precipice of Darkness III, abandoned the 3D style of the previous entries for a sprite-based, pixelated throwback to 16-bit gaming goodness. Zeboyd's entries in the PC and downloadable market have garnered near-universal applause. 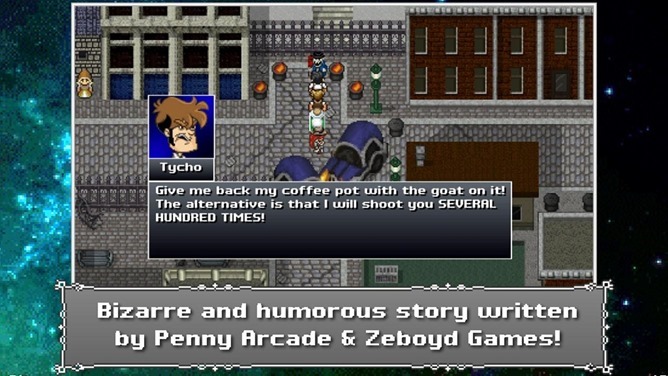 When the games started racking up sales on Steam and XBLA, demand for Android and iOS versions skyrocketed. After all, the relatively simple visuals and controls should make for perfect mobile fodder, right? Cthulhu Saves The World hit iOS and Android in late June, to the joy of indie gamers everywhere. It's too bad that the joy didn't last long. Reviews quickly filled the Play Store, citing baffling controls, poor memory management, and random crashes on Android devices from nearly every manufacturer. I was one of the excited throng who purchased the game on the first day it was available, only to find that I couldn't play the 20+ hour RPG for more than 10 minutes without suddenly being kicked back to the homescreen. 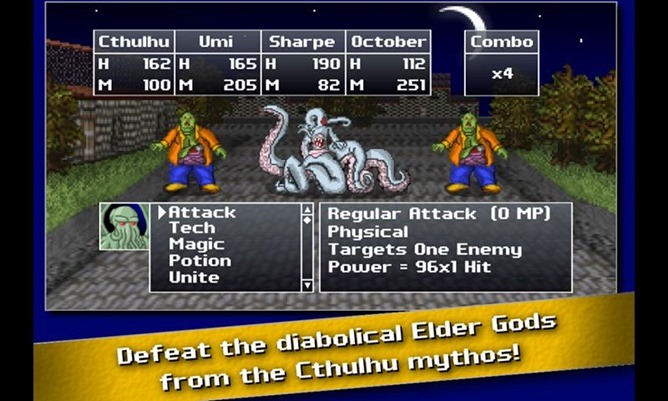 As it happens, Zeboyd Games had neither the resources nor the expertise to port their games to platforms that differed too widely from the PC. So they enlisted the help of a little-known mobile developer, Tinkerhouse Games, for the Android and iOS versions. I wanted to give both Zeboyd and Tinkerhouse the benefit of the doubt - after all, I heartily enjoyed BOD7 on the PC, and I'm always the first to applaud when a developer resists the siren song of free to play and in-app purchases. After contacting Tinkerhouse directly stating my problems, I patiently waited for an update. Then I waited some more. And some more. After an initial stability and interface update a week or so after release, there was nothing from either Zeboyd or Tinkerhouse for months.

I received a polite but useless answer to my email on September 20th, four days before another Android update. The game still crashed constantly on my Galaxy Nexus and Nexus 7, and since Tinkerhouse has apparently stopped caring about my and other gamers' complaints, the title has stayed off my radar ever since. Play Store reviews seem to be improving, with the continuing theme that the game is a lot of fun for those who can get it to run for more than a few minutes at a time. It still has a startling number of 1-star ratings. Naturally, I didn't give the Android version of Rain-Slick 3 a second glance, since it's from the same development and port team. It's currently got a 4.0 rating on the Play Store, but I'm not risking three dollars just to see if my poor experience with the first game can be replicated. 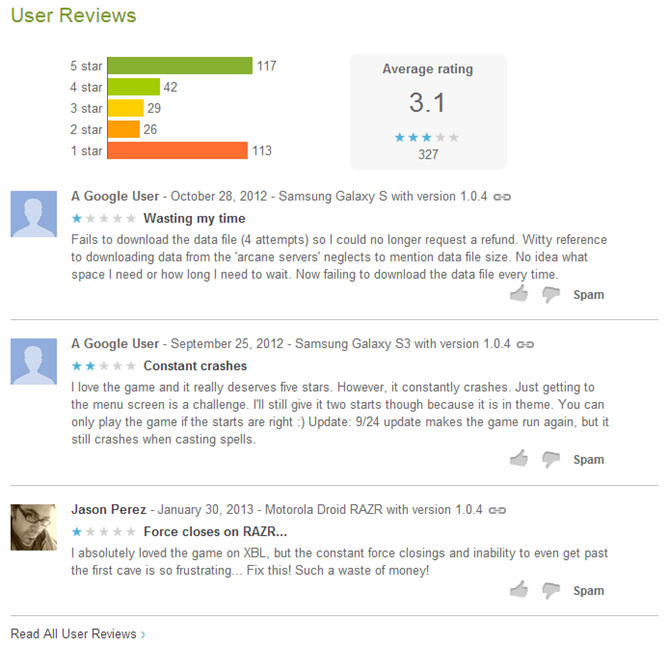 Yesterday, Zeboyd Games announced that the fourth Penny Arcade game would be exclusive to Steam and XBLA, since the mobile versions have sold poorly. A quick glance at the Play Store confirms this: between the two Tinkerhouse port titles, both games have been downloaded less than 5,000 times on Android. Even with poor ratings, this is a bad showing for a company with a dedicated following, especially with the relatively huge branding power of Penny Arcade behind them.

But here's the thing: the Zeboyd/Tinkerhouse games were bad. Really, really bad, in a way that their current ratings on the Play Store don't reflect. They're poorly ported cash-ins of successful games, which has always been a recipe for gaming disaster, and Tinkerhouse's seeming lack of interest in supporting their products hasn't done Zeboyd any favors. The Android versions of Cthulhu and Rain-Slick 3 aren't even mentioned on the developer's website, which shows just how interested they are in creating a quality product. The really frustrating thing about the whole situation is that all of Zeboyd's titles really would make great mobile games, if only someone was committed to creating solid versions of them. 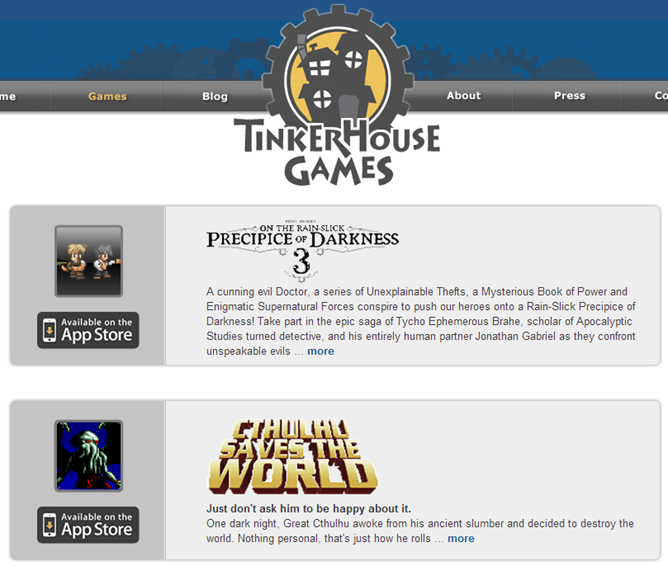 We've all heard the arguments of low paid sales and difficulty with multiple Android hardware configurations, but if game developers aren't even going to make the effort, they've got no one to blame but themselves. Yes, the studio is a small one, but they've also managed to pull in massive PC sales with games that could be made on a shoestring budget. If the creators aren't interested in hiring talented mobile developers, or even outsourcing to talented mobile developers, is it any wonder that the end result is bad games with bad sales numbers?

So long, Zeboyd. Don't let the door hit you, Tinkerhouse. We'd be happy to have you back, just as soon as you're ready to sell games that are worth buying.