Yesterday, we caught a glimpse of an alleged white Nexus 4. While we initially questioned its legitimacy, we ultimately walked away assuming that it was indeed the real deal. However, the question was: is this going to become a thing, or is it simply a prototype?

While today's leak can't really help us answer that question, it does give us a very good look at what the white Nexus 4 has to offer. And by that, I mean how damn sexy it is. 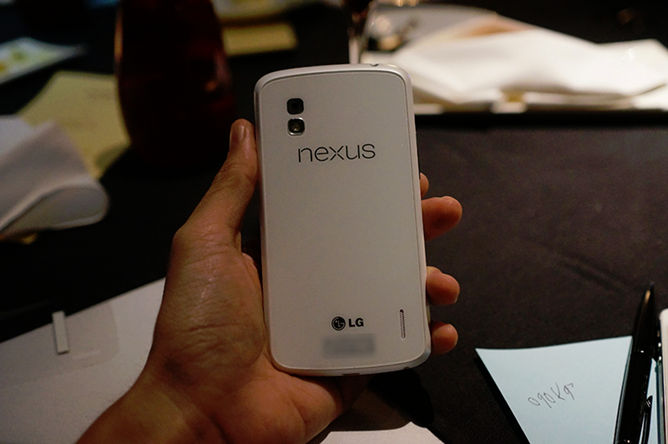 There's no denying these shots – they're absolutely convincing. And it's freakin' pretty. With that said, there are some oddities about the following images:

You notice it? Yeah – that funky lockscreen. We're still not calling "fake!" on this, however, because that's probably just an app. Widgetlocker (or a similar app) perhaps? More than likely, I'd say.

Update: As pointed out several times in the comments, the lockscreen is GoLocker with the default theme.

Naturally, we don't have any other details about this mysterious device – no availability info, price, nothing. If it does get released to the public, it's probably safe to assume it'll be available through the same channels and for the same price as the existing Nexus 4. Guess time will tell.