One of the most often requested additions to Google Now's card system is college sports for the US, and it looks like at least some people are finally starting to see it. A very small number of Google Now users have seen cards appear for their favorite NCAA football and basketball teams (sorry, women's ice hockey fans, no dice). The results seem to be entirely contextual at the moment; you can't add college teams in the settings menu yet, but a few sports fans are seeing the relevant cards appear after they search for their team. 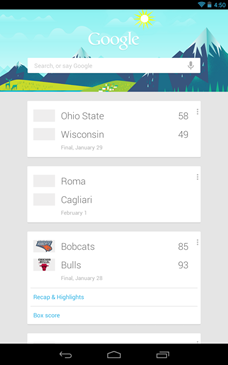 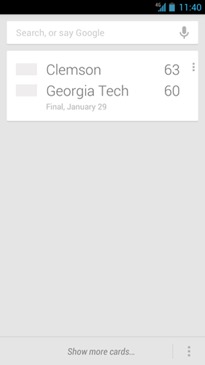 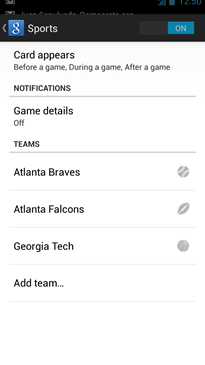 Unfortunately, even that little bit of information doesn't seem to be live for everyone. After searching for University of Colorado and Texas A&M basketball several times, I still can't get the cards to appear on my Nexus 7. Google has been known to roll these things out in stages, and there are hundreds and hundreds of schools to add to the system, so it may take a while for your alma mater to appear. Hey Google: before April would be ideal. 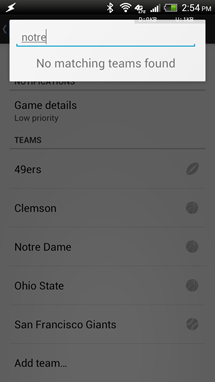 Update: It looks like there's a slight delay in the appearance of teams after a search. Use the Google Search (Google Now) app to search for a specific team, and it should show up in the Sports menu before too long.

Thanks to Matt Tithof and Kevin for the tips!

As Promised, The Nexus 4 Is Now Back In Stock On Australian Play Store