If you've got a decent gaming PC and you haven't tried Hawken, you really should give it a try. The free-to-play online shooter captures the atmosphere of a gigantic, hulking death machine in a way that doesn't have an equal, and the first-person perspective and customizable mechs make ita nice tribute to the old Mech Warrior series. And if you've already tried it and liked it, NVIDIA has a promotional live wallpaper that's right up your rusted, diesel-splattered alley. 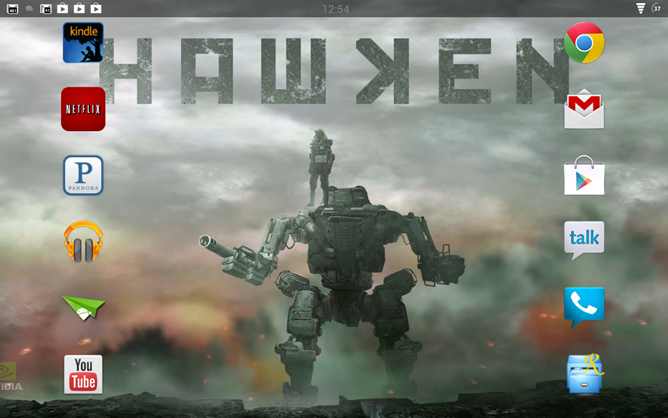 The Hawken Live Wallpaper is pretty similar to NVIDIA's previous freebies for Skyrim and Mass Effect 3. There are two or three horizontal planes of sprites, some special effects, and a little animation to spice things up. You don't need a Tegra device to take advantage of it, and unlike
the ME3 wallpaper, you won't have to stare at a GeForce ad every time you use your device.

By the way, we were briefly hopeful that there was an Android version of Hawken coming, since NVIDIA showed it off during the Project Shield presentation at CES. It looks like that was just a demonstration of Shield's streaming capabilities. Bummer. Temple Run 2 Review - Is It A Worthy Successor Or Will The Curse Of The Sequel Strike Again?