While I may have made my alliance to Predator pretty clear back in November when the official "Predators" game was released, it looks like I'll soon be given the opportunity to verify that with blood. Alien's blood.

Fox Digital just released the first gameplay teaser for its upcoming Alien vs. Predator: Evolution game. Check it out:

Developed by Angry Mob Games (of Muffin Knight and Predators fame), AvP: Evolution lets you choose which of the bloodthirsty other-worldly beasts you'd like to play as, then puts you in the arena to spill as much blood as you can. It's like a human vs. Predator vs. Alien vs. human vs. Alien vs. Predator vs. human deathmatch. Or something like that. Basically, you're a killing machine so you, um, kill. Everything.

No word yet on when the game is expected to be released (or how much it will cost), only that it's "coming soon." I guess they're just giving Alien a bit more time to beef up to try and level the playing field against Predator. Sorry guys, it won't work. 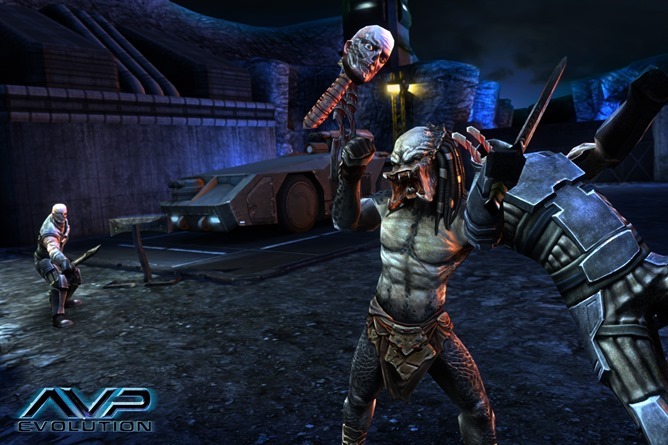 Seriously. He just tore that guy's head off like it was nothing. There's no way Alien can handle that. No way.

Pebble Smartwatch Review: A Rough Diamond In Need Of A Little Polish

OpenTable Buys Foodspotting, Wants To Find You A Place At A Restaurant And Help You Take ...