Google Wallet received its first significant update in a while today, with a mildly refreshed UI, bug fixes, but no new features. In fact, as Ron points out, references to all the features we were excited about having actually been removed from the app. Like the Wallet Card, and P2P money transfers. It doesn't mean those ideas are dead, per se, but we would guess it does mean they're experiencing some delays. Who knows, they could pop back up at Google I/O. The new version number is 1.6-R96-v13.

Anyway, this latest update finally rids Wallet of the Gingerbread-esque tile layout that Google encouraged developers to adopt way back when, and picks up some holo-y accents, such as navigation tabs (which were in some areas previously, but now are throughout the app) and a proper action bar. Generally, it just looks a little more consistent, and a little less ugly. 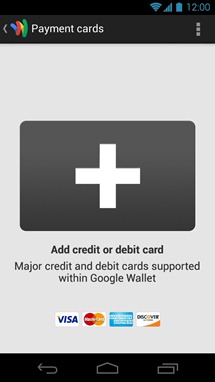 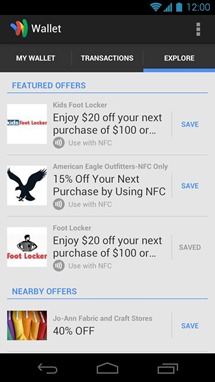 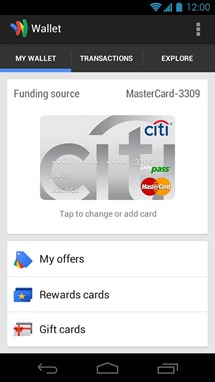 Nexus 4 owners should take some satisfaction in early reports that the update resolves issues the NFC secure element failing to be recognized. This probably is most relevant to T-Mobile users, as this problem occurred frequently with T-Mobile microSIMs that had an ISIS-ready NFC element embedded in them. However, it's far from clear if this is the only issue.

Ron has had problems with Wallet from day one on the Nexus 4, and is still finding even after the update that certain NFC terminals simply don't work (eg, payment times out). Those of you with Nexus 4's, be sure to let us know how this new version of Wallet is faring for you, particularly if you were experiencing problems before.

Play Magazines also got an update today, while we're at it. Basically, it makes the app more efficient (uses less space, less RAM, more cleanly deletes old editions). You can pick up the new versions of both of these apps on the Play Store.