After months of speculation, pre-orders, and cameo appearances, it's finally here (kind of) – one of the precious few official Nexus accessories users have ever been able to purchase: the Nexus 7 Dock. After snapping one up when they appeared at B&H, I was one of the unlucky handful to receive a "we regret to inform you" email, noting that the dock was not, in fact, available yet. Just a few days later, though, my dock showed up in the mail. 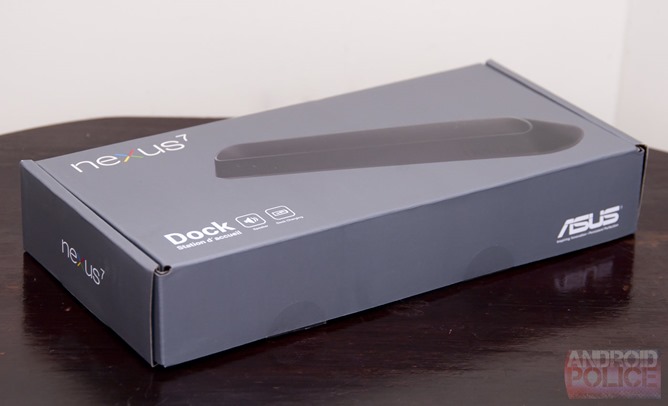 For those still on the fence about whether the dock is worth the hype it's enjoyed, I decided to give the accessory a quick review. In a word, the official Nexus 7 dock is nice. Is it a must have, can't-miss purchase? Maybe not, but if you want a classy way to stand up your tablet, you won't find a better option than ASUS' official dock. 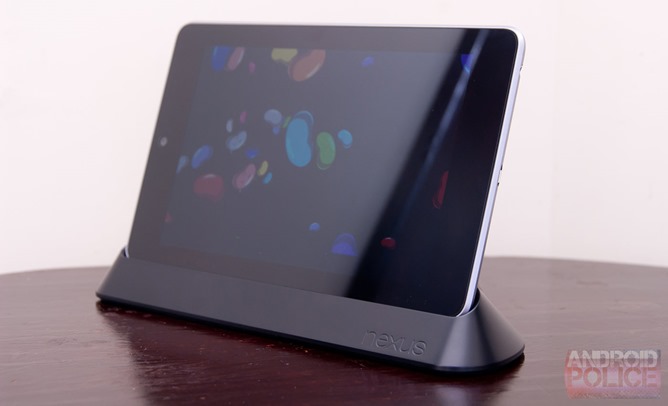 The dock is sleek. It's big enough to cradle the edge of the Nexus 7, but not much bigger. That said, it's weighty. It feels very solid, and has a rubbery bottom that will keep it from sliding around. When inserted, the tablet rests at about a 110° angle.

It's an unassuming object, to be sure – the only disruption in its smooth, matte surface is a "nexus" mark on the front, and an ASUS logo around back. Of course, it's also got a chunk carefully sliced from its backside, where the microUSB and 3.5mm audio plugs live. 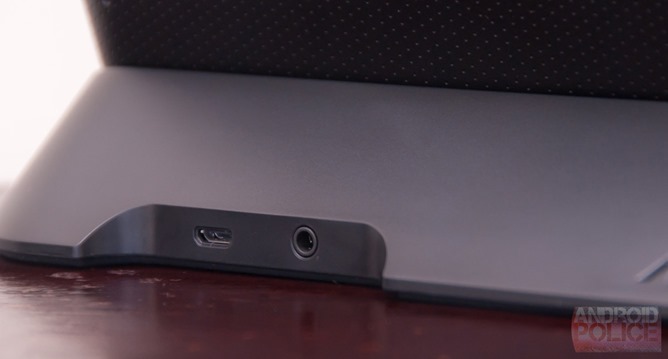 Inside the groove that holds the Nexus 7 in place, there's nothing but four pogo pins, used for audio transfer and charging. The instruction booklet that comes with the dock says to "firmly insert Nexus 7 into the socket until it is properly seated," but there's no inserting to be done. The tablet slips right into the groove without any indication that it's secure, but stays seated just fine. 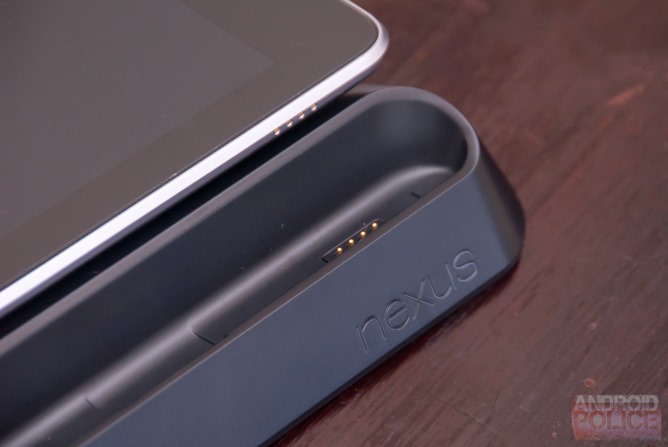 Other than that, there's not much to say about the dock's form factor – it's sleek and smooth with a matte finish, and gently cradles the Nexus 7 at a good viewing angle. The only downside is that the dock can pick up a lot of finger prints, but it's extremely easy to clean, even with a dry cloth.

For some, what makes the dock worth its $40 price tag is not just what it looks like, but what it does. Besides holding your Nexus 7 steady, the dock can output audio to speakers or headphones, and can simultaneously charge the device, both accomplished using the pogo pins mentioned earlier.

As soon as you seat the tablet in the (plugged in) dock (using your Nexus 7's own microUSB adapter), a dialog pops up that will allow you to choose whether audio is handled through the dock's 3.5mm port, or through the tablet's built-in speaker. The dialog is a little redundant, but you'll only have to deal with it once.

Should you have set Day Dream to "while docked," your N7 will also enter Day Dream Mode. There are just a few apps that support Day Dream right now, but it's a promising feature that only gets better when your tablet is held up in a dock. 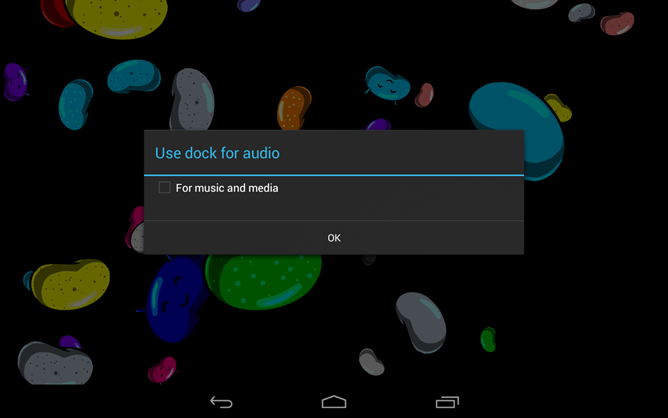 Of course, the Nexus 7 already has a 3.5mm jack you could use if you're so inclined, but the placement of an additional jack on the back of the dock makes for a cleaner, classier connection if you plan on using the accessory for audio output.

A Word About Audio Output

I'm certainly no audio buff, so take the following with a grain of salt, but the dock's audio output sounds pretty clean. I would say that the output, to the average listener, sounds as good or better than the 3.5mm jack on the Nexus 7.

Also worth noting is the fact that the dock will leave audio control up to your speakers, rather than the device itself, whereas the tablet's jack will let you adjust volume using the device's built in volume keys.

The dock's delegation of volume to whatever you've got plugged in can be a hassle for those that insist on using headphones, but it isn't too much of a bother if you're using speakers or another 3.5mm compatible device with volume controls. If you need to use headphones, you can still plug them into the Nexus 7's jack and control the volume to your heart's content.

Is it Worth Forty Dollars?

As nice as the dock is, the ultimate question has to be "is it worth forty dollars?" To that, this reviewer's response is yes, but not for everyone.

It's great for those who want to watch a movie without holding their device, want to output audio, or just want the Nexus 7 to look classy while it charges. If you're not particularly concerned with any of those things, the dock isn't for you. If you are, the dock is absolutely the best, most visually appealing option out there. Now, if only we could get that Nexus 10 dock.

Sadly, ASUS' dock is still out of stock at B&H, but hit the link below to sign up for stock notifications. 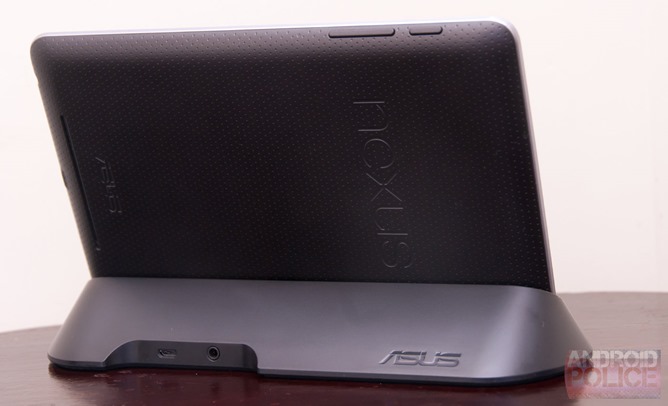