Titanium Backup, one of the most powerful – and popular – backup utilities available for Android, got an update to version 6.0 today. Don't get too excited though – the version bump consists primarily of bug fixes and optimizations, along with a few updated translations. Oh, and a redesigned menu. Yes, Titanium Backup's design is finally getting some attention, but not quite in the way we'd hoped – take a look at the before and after screens below. 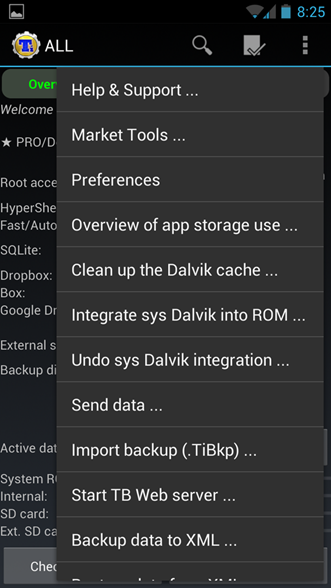 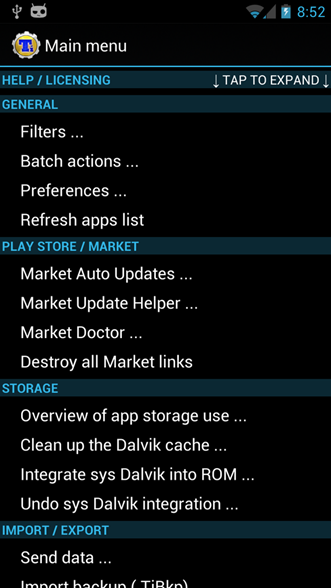 While the menu has been better organized into one screen (rather than a lengthy, scrolling overflow), the blue-on-blue-on-black color scheme doesn't fit well with the rest of the app, and the placement of the word "menu" where an action overflow icon would typically live doesn't do much to bring the app closer to Android's suggested design archetype.

All of that being said, the app still works as well as ever, and has a few less bugs. We can only hope that some day its interface will be as beautiful as the underlying functionality.

[Deal Alert] Lowest Price Yet For The DROID RAZR HD: It's Free At Wirefly For Upgrades Only