Everyone appreciates a good racing game. Likewise, most also enjoy blowing stuff up. When the two are married into one game, one would think the result would be amazing. Unfortunately, that's not always the case. Let's take Polarbit's new title Cracking Sands as an example – the screenshots look good, the video is promising, but the game itself... well, that's something else altogether. Now, I'm not saying it's a bad game, because it's not. It works well and it looks good – I was just bored within the first race. Perhaps I've become jaded after years of playing different Android games. Or maybe I just expected more. Or maybe those are one in the same.

Whatever the reason is, that doesn't mean you won't like the game. For all I know, you could love it. The premise is cool, no doubt about that:

In a world ravaged by global warfare, small pockets of survivors scratch out a meager existence, living off the remains of a shattered civilization. Society has been reduced to a tribal state, where rank and social standing is based on one thing and one thing only: death races!

I'm all for a good death race every now and then (who isn't?) so this was an insta-install for me. The controls are good, gameplay is smooth, the tutorial was easy to follow... so what's the problem? Well, it just doesn't bring anything new to the table. I wanted intensity – and this just doesn't have it. The characters/cars are small, gameplay is slow... it was all very unsatisfying. I wanted Twisted Metal-type intensity. Twisted Metal: Black is probably still one of my favorite games of all time, and I'm still waiting on a great Android game to come along and provide that type of experience. Unfortunately, Cracking Sands just isn't it.

Like I said, you may love it. It could be the perfect time waster for some people. But if you're looking for something revolutionary, this simply isn't it. At $5, I really was expecting more – but you can hit the widget below and make your own judgments if you want. 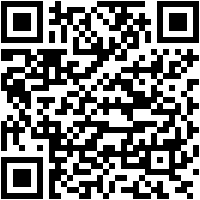